Cameroon first side out of World Cup 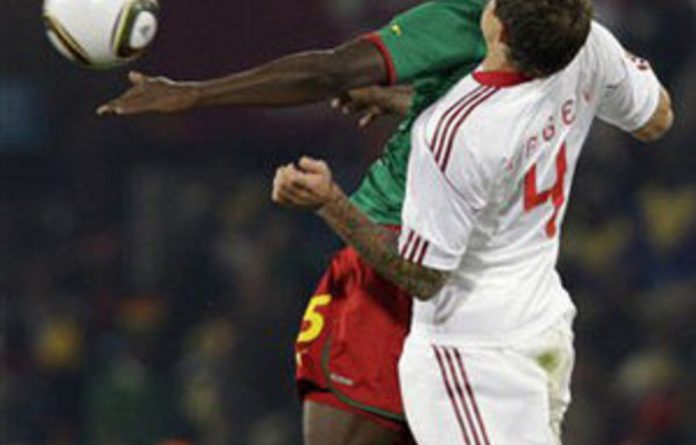 Cameroon became the first side to be eliminated from the World Cup after the Indomitable Lions somehow lost 2-1 to Denmark despite taking the lead and playing some superb soccer in their Group E match on Saturday.

Their defeat also meant that The Netherlands advanced to the second round after beating Japan 1-0 earlier, but Cameroon have no chance of qualifying following defeats in their opening two games.

That hardly looked likely when their skipper and three-time African Footballer of the Year Samuel Eto’o put them ahead after 10 minutes but they had no further response to goals from Nicklas Bendtner and Dennis Rommedahl in either half.

Denmark can advance if they beat Japan in their last match.

His decision to add a bit more steely experience paid off very early in the match when Christian Poulsen’s woeful clearance straight to Achille Webo opened the door to the opening goal.

Webo found Eto’o and he kept his composure to rifle the ball past Thomas Sorensen.

Denmark equalised after 33 minutes when a superb long up-field pass from Simon Kjaer found Rommedahl who crossed for Bendtner to slide in and score.

There was dramatic chances for both teams at either end but Rommedahl was the one who found the net after 61 minutes, curling a shot home after making space for himself at the edge of the box. – Reuters