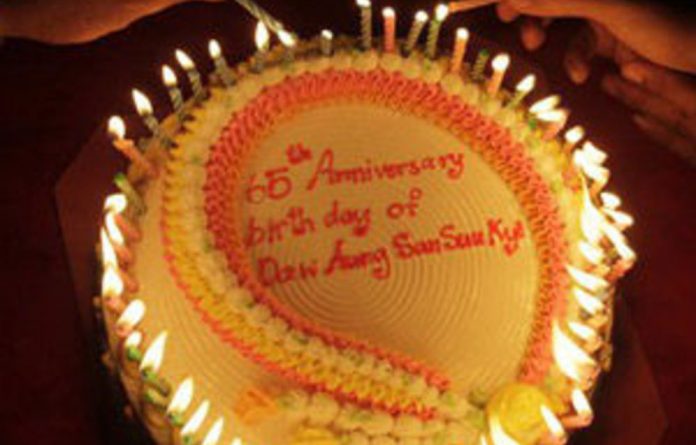 US President Barack Obama on Friday renewed his call for Burma’s military rulers to release opposition leader Aung San Suu Kyi, and urged a dialogue for national reconciliation in the South-east Asian country.

“I once again call on the Burmese government to release Aung San Suu Kyi and all political prisoners immediately and unconditionally and to allow them to build a more stable, prosperous Burma that respects the rights of all its citizens,” Obama said in statement.

He said he was issuing the appeal to mark Suu Kyi’s 65th birthday on June 19.

The Nobel laureate has spent 15 of the last 21 years in detention because of her fight for democracy in the army-ruled country and is currently under house arrest. Burma is subject to US sanctions over its human rights record.

Suu Kyi’s National League for Democracy won a landslide election victory in 1990, only to be denied power by the military.

Under Obama, the United States has pursued a new policy of deeper engagement with Burma’s generals than the administration of his predecessor, George Bush.

But Kurt Campbell, the top US diplomat for East Asia and the Pacific, said after a visit there in May that Washington was troubled Burma had not moved on any of the issues standing in the way of better ties with the military-ruled state.

“I encourage all stakeholders in Burma to engage in genuine dialogue towards national reconciliation,” Obama said. – Reuters