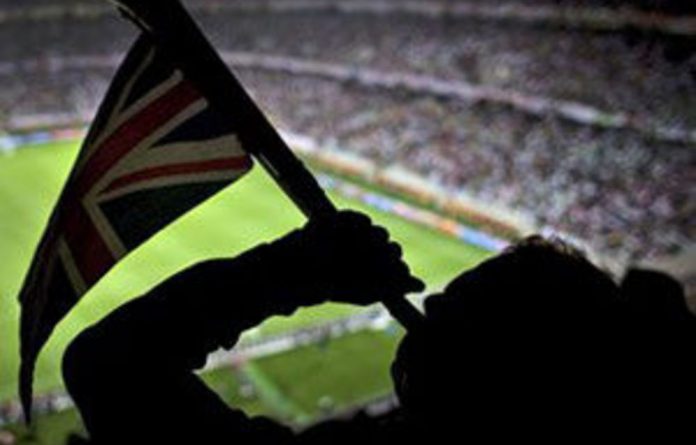 National euphoria not seen since the release of Nelson Mandela. Thousands of tourists singing the praises of friendly people and a beautiful country. Crime falling and terrorists thwarted. Shakira, K’naan and the vuvuzela resounding around the globe. This is the story so far of the World Cup in South Africa.

National despondency after the miserable demise of Bafana Bafana. Thousands caught up in transport chaos. Teargas, rubber bullets and a stun grenade fired at striking security guards. Growing resentment of Fifa “fascism”, empty seats and the atmosphere-killing vuvuzela. Bitter cold and dreary football. This, too, is the story so far of the World Cup in South Africa.

Like so much else in this young democracy, the tournament is teetering between triumph and disaster, not quite living up to the expectations of the evangelists, but not fulfilling the dire prophecies of the doom-mongers either.

First, the things that haven’t happened: no one has been macheted by a race gang, or bitten by a killer snake, or rattled to death in a once?in?a-millennium earthquake, as wilder press reports floated. The floodlights have stayed on and the biggest controversy so far has centred on a rasping plastic horn.

Nothing will take away from the unbridled joy, and historic significance, of last Friday when Africa’s first World Cup got under way, flawlessly unless you were caught in bumper-to-bumper traffic. “The time for Africa has come,” declared President Jacob Zuma at the magnificent Soccer City. “It has arrived.”

A fittingly low-tech but beautifully human-centred opening ceremony was followed by a well-taken South African goal that sent the nation into ecstasy, although Mexico’s equaliser foreshadowed harder times ahead.

The spontaneous gatherings on street corners, the toot of vuvuzelas from dawn till dusk and the sight of South Africans of all races wearing yellow Bafana Bafana shirts created a mood of unity and optimism reminiscent of Christmas Eve and American “Obamamania” rolled into one. Whatever else happens, that might prove an unanswerable vindication of this South African World Cup.

A day later, England played the United States in Rustenburg and the four horsemen of the apocalypse stayed home. After months of fears and conspiracy theories, the next day’s headlines were dominated not by South Africa’s inability to handle al-Qaida, but rather an English goalkeeper’s inability to handle the controversial Jabulani ball.

It was looking rosy for the organisers, with events on the field grabbing attention from the worries off it. But this being South Africa, it was never going to be that easy.

The first turbulence came in Durban, where security guards staged a protest over pay. Police charged them using teargas and rubber bullets, an image all too familiar in township demonstrations over poor delivery of basic services, but which World Cup organisers must have prayed would stay right there.

Unrest spreads
The unrest spread to Johannesburg and Cape Town, where on Thursday police fired a stun grenade to break up another protest by the security staff, who were reportedly paid R190 for a 12-hour shift by a private contractor whose tender is worth about R60-million. Police have now been forced to take over security at half the World Cup stadiums, though questions remain about whether they have the necessary training in crowd control. The Mail & Guardian describes it as a “World Cup security shambles” — a failure by organisers to learn the lessons of a similar fiasco around last year’s Confederations Cup.

Then came the long-predicted row over the vuvuzela, the metre-long horn that has turned every stadium into a buzzing beehive. Players, officials and television viewers demanded that it be banned, with some claiming it destroys the stadium atmosphere, but the Fifa president, Sepp Blatter, resisted. For some the debate became one about cultural imperialism.

“All the talk about Africans being good singers and dancers and complaints that viewers are missing out on this because of the vuvuzela plays on a racial stereotype,” wrote Pierre de Vos, a legal expert. “It is as if, having been exposed to stereotypical images of the happy dancing and singing natives, some of the critics cannot come to grips with a very different narrative of what South Africa is all about.”

‘Fick Fufa’
Anger at another kind of imperialism is growing: the Death Star that is Fifa. The arrest of two Dutch women for wearing orange mini-dresses with tiny beer logos on grounds of “ambush marketing” has prompted criticism from the Dutch ambassador to South Africa. T-shirts saying “Fick Fufa” are popular and companies and politicians are increasingly vocal. Questions have also been raised about empty seats at supposedly sold-out matches.

The biggest threat to the early feelgood factor, however, is South Africa’s performance on the field. At countless events during the World Cup build-up, Zuma and the organisers made upbeat speeches in which the punchline referred to the trophy staying in South Africa, prompting somewhat strained laughter from their audiences.

But six years of preparation and hype unravelled in 90 minutes on Wednesday night when Bafana Bafana were dispatched 3-0 by Uruguay. For the first time in the 80-year history of the World Cup, the host nation face elimination in the first round. The stampede out of Loftus Versfeld stadium and fan parks implied a fickleness at the heart of the new football mania.

“As people walked home, for the first time the vuvuzelas were silent,” admitted Danny Jordaan, the chief World Cup organiser, who on balance must be quietly satisfied so far despite the headaches. “What’s important is the extent to which fans embrace the tournament beyond Bafana Bafana.”

Fortunately any visitor to Johannesburg’s Yeoville, which draws migrants from all over Africa, can see that African unity is authentic. Many South African fans are likely to switch their support to the continent’s other contenders. The problem now is that, with Ghana grabbing Africa’s only victory so far, the African World Cup could become the same old European/South American story. “Unless our teams start winning games, the African hope could soon turn into despair,” noted the Times.

After all the early hysteria, the balloon is in danger of bursting, or at least sputtering and wheezing its way to flatness.

Even the weather is turning against the hosts, with a snap so cold that it killed 600 African penguins. But barring a major catastrophe — unlikely but not impossible — South Africa is on course to host a solid tournament. And the emergence of a star player, surprise team or moment of inspiration could yet make it far more than that. – guardian.co.uk