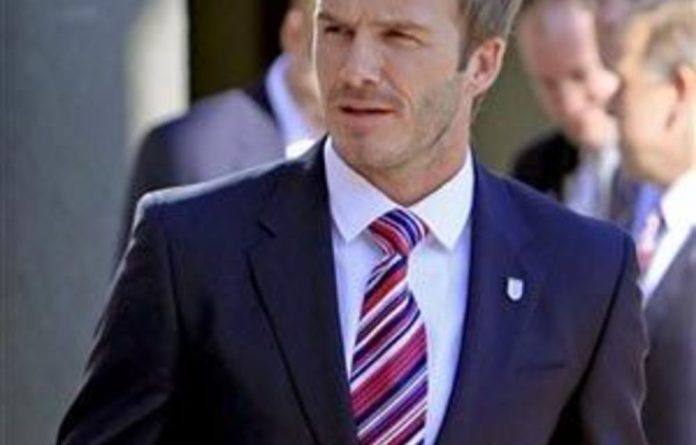 A World Cup fan charged with trespassing after he entered the England team’s locker room and lectured the team following a lacklustre 0-0 draw with Algeria will go on trial on Friday.

Briton Pavlos Joseph says he wandered by accident into the dressing room while looking for a toilet but also told the team their performance had been a disgrace last Friday.

England lodged an official protest with Fifa, and football’s world governing body has also expressed unhappiness after it appeared security guards merely turned the supporter away rather than arrest him.

Joseph (32) appeared briefly in the special court on Monday where magistrate Aziz Hamied extended his bail and set the trial for Friday.

“We’ve barely had an opportunity to consult,” Joseph’s attorney, Steven Barker, told the court. “At this point we would agree, reluctantly, to Friday as the trial date.”

The state wanted to proceed with the matter but Joseph was not interested in pleading guilty and the defence was not ready for a trial on Monday, Barker earlier said.

“We’ve tried to negotiate some sort of agreement with the state but it hasn’t been successful,” he said.

“So it seems like at this point we’re not going to be able to negotiate a settlement and the accused is not prepared to plead guilty.”

Joseph was released on Sunday on R500 bail after police tracked him to his Cape Town hotel after viewing CCTV footage.

At a court appearance, he was told that he would not be able to attend any World Cup games until his case had been dealt with. He was also told to surrender his British passport before being brought to court.

Friends and family defended the fan ahead of his Monday court appearance, where his lawyer said witnesses and security footage may be consulted.

“He did nothing wrong,” he told the Cape Times. “He walked [through] a door and then all this happened. It could’ve happened to anyone.”

‘He’s really a timid lad’
Joseph’s travelling companion told the paper how the pair had become separated at the stadium as his friend went to find a toilet.

“[Joseph] had the keys to the place, I waited for two hours and phoned him to ask where he was. He said: ‘I just told David Beckham off in the changing room.’ I was like, yeah right.

“I only realised the next morning he was telling the truth. He had a few beers in him, so it was probably Dutch courage. He’s really a timid lad.”

After the incident, police adjusted security within stadium perimeters to prevent another security breach.

The episode happened just minutes after a visit by the British princes, William and Harry.

The Sunday Mirror quoted Joseph as saying he accidentally stumbled into the dressing room and told former England captain Beckham that the team’s performance had been a “disgrace”.

He then said the team’s performance was “woeful and not good enough” before being told to leave by an official.

Beckham brushed off the incident, saying it had been “blown out of proportion”.

“The actual fan literally just walked in very casually and just said something to me and then walked out — there was no scuffle, there was no aggression at all.”

Prince William, second in line to the British throne, also laughed off the incident.

“Harry and I left the door open, that’s why it happened, it was our fault,” William joked.

Security has been a chief concern for organisers ever since South Africa was named the World Cup host six years ago, with worries focusing mainly on the country’s high crime rate.

Stadium security fell under the spotlight last week after police were forced to take over at four grounds after strikes by stewards. — AFP