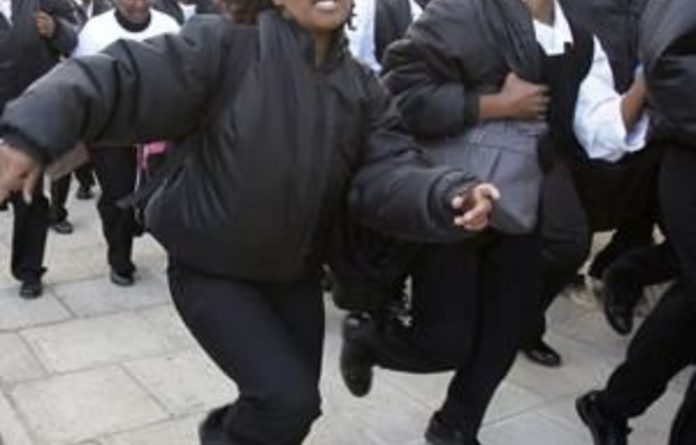 South Africa’s biggest trade union said it was hopeful fresh wage negotiations on Monday with state-owned power utility Eskom could avert a strike that could disrupt electricity supply during the Soccer World Cup.

“I hope it won’t come to a strike,” said Lesiba Seshoka, spokesperson of the National Union of Mineworkers (NUM), which last week warned its members could down tools in a labour action that could cripple manufacturing and mining.

“We are prepared to give negotiations a chance, but if there is no resolution, then we will call for a strike.”

The union, which represents about half of the 32 000 workers at the utility, wants a pay rise of more than three times the inflation rate of 4,8%, as well as a housing allowance.

Eskom has offered an 8% raise and a one-off 1% payment as a housing allowance. Analysts see a last-minute deal as likely.

Seshoka said the unions were ready to give the talks a chance for a few days after being advised by a mediator to tone down their strike threats.

Should the strike go ahead, two other unions have said they may join in the work stoppage, raising concerns about power supply in Africa’s biggest economy.

An official at Eskom said the talks were due to start later in the afternoon, and may run for a few days in a bid to prevent a strike during the first World Cup on the African continent.

The three unions threatened to strike over pay last year, but backed down at the last minute after they won an increase much lower than what they had demanded.

Eskom has said should the strike go ahead, it will implement contingency measures to minimise the impact.

Series of threats
A strike is unlikely to hamper electricity supply to stadiums that have standby diesel generators, but may anger millions hoping to watch matches on television.

Worse still for the economy, manufacturers and mining companies in the world’s top platinum and fourth largest gold producer could be forced to shut operations, and this may likely affect metal production and prices, analysts said.

A possible work stoppage at Eskom follows a series of threats of labour action to freeze transport, abandon security posts and tie up immigration at airports during the World Cup if demands for better wages and working conditions were not met.

Economists have criticised unions for using the World Cup to squeeze pay hikes far above inflation, which could dent the economy as it emerges from its first recession in 17 years.

Eskom workers, represented by three unions — the NUM, the National Union of Metalworkers of South Africa and Solidarity, originally demanded an 18% wage increase and a housing allowance, while Eskom offered 5,5%.

Eskom has increased its wage offer and the unions lowered their demand to 15%. Seshoka said the average worker at Eskom earns about R5 000 rand a month, and a housing subsidy of R1 000. The unions want this replaced by a housing allowance of R5 000. — Reuters