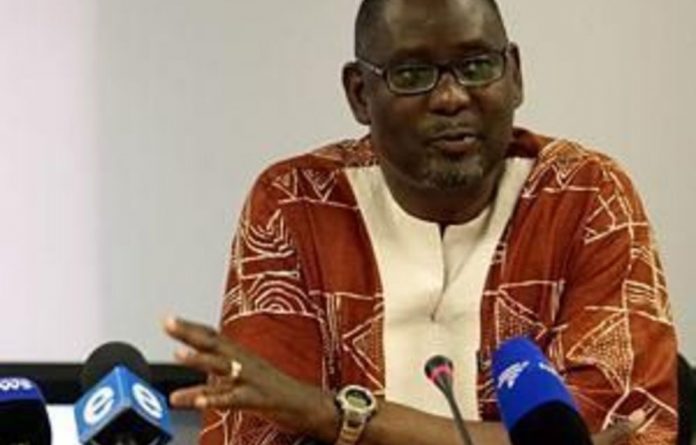 Congress of South African Trade Unions (Cosatu) secretary general Zwelinzima Vavi need no longer fear disciplinary action after the African National Congress’s (ANC) top leadership said on Tuesday that although Vavi “had gone too far”, charging him would not be the “right route to follow”.

Vavi was in the firing line because he complained in public that corruption allegations against Communications Minister Siphiwe Nyanda and Cooperative Governance Minister Sicelo Shiceka were not investigated by President Jacob Zuma.

During a press conference at the ANC headquarters, Luthuli House in Johannesburg, Mantashe announced that Vavi, who has been targeted by some leaders in the ANC for discipline by the ruling party, was cleared of all possible charges, with the ANC opting for a “political solution” instead.

The ANC will meet with Cosatu and ask the trade union federation to “observe [alliance] decisions on stopping public spats and also the ease with which fellow comrades or leaders are attacked in public”.

Mantashe was seen by some ANC leaders as sympathetic to Vavi due to the fact that Cosatu supports Mantashe remaining secretary general for another term, but at the press conference he was determined to show that he is unbiased.

“The ANC has a right to charge comrade Vavi as a member of the ANC. There is no exemption for Vavi, who is a leader in the alliance.”

Mantashe called this tendency to name and shame leaders in public “alien” to the ANC, and said Vavi’s comment “smacks of mischief”.

Spared the rod
When rumours about Vavi’s possible disciplinary action surfaced two weeks ago, Mantashe told editors at a gathering at Lillesleaf in Johannesburg that there would be no charge sheet on Vavi. He suggested then already that Vavi would be spared disciplinary action, but the national working committee of the ANC took the formal decision on Monday.

He emphasised, though, that Vavi could be charged in terms of the ANC’s constitution, but has been spared the rod.

“What Vavi says is chargeable, but the ANC gives a person a long rope, and when it deals with a person, it deals with them decisively.”

Mantashe told reporters on Tuesday that the ANC fears these battles can degenerate into legal battles between comrades.

Nyanda has already threatened Vavi with legal action if he does not apologise for his comments on the corruption allegations against Nyanda.

‘Raw deal’
During the press conference, Mantashe also complained about a Mail & Guardian report that said he was backing the Transnet board in a case against Gama, who was found guilty of misconduct by Transnet. This finding all but wiped out his chances of becoming Transnet CEO.

Although the ANC officially kept quiet on this issue, Mantashe on Tuesday broke ranks and said Gama “is an African manager with capabilities”.

“Gama has turned around Portnet [National Ports Authority] and Spoornet [Transnet Freight Rail] and he is getting a raw deal. I have strong views on black managers; I monitor them.”

According to Mantashe, operational exposure is the only test for capabilities of black manager, and Gama performed exceptionally.

Gama is also supported by the high-powered Nyanda, as well as Justice Minister Jeff Radebe.

Asked to comment on Gama’s troubles at Transnet, Mantashe said: “The ANC does not run Transnet”.