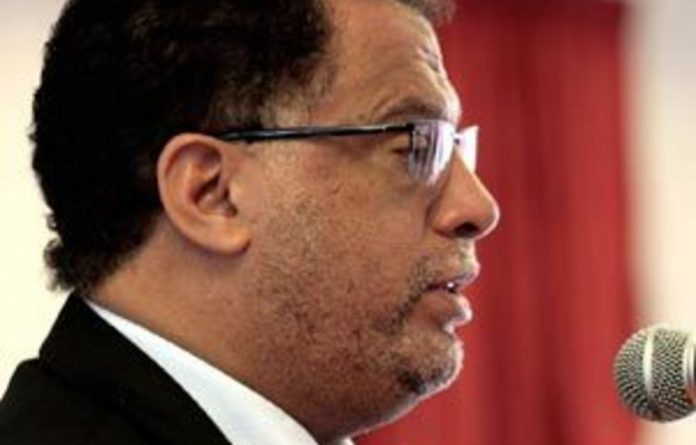 The Soccer World Cup has been a wonderful success story so far, organising committee CEO Danny Jordaan said during an interview on Talk Radio 702 on Tuesday.

“We are very happy we have delivered 50% of the matches, and we are now moving to a stage where teams will start going back home,” he said.

Some of the successes Jordaan pointed out included matches starting on time, games being broadcast to about 100 territories worldwide as required, a vibrant atmosphere on the streets, and stadiums being filled to capacity. He was “sitting comfortably” because the transport system to the games was satisfactory.

Asked about the empty seats during matches, Jordaan attributed this to some fans having possibly been delayed at airports and park-and-ride facilities.

“Out of 32 matches, only four had no-shows. We have had no-shows at concerts and even at churches … Unfortunately no-shows are part of the show.”

He acknowledged that over-the-counter ticket sales should have been introduced earlier for South Africans, as, unlike developed countries, many people didn’t have internet access.

Despite this, Jordaan said 50% of tickets were sold to South Africans and demand remained high.

The organising committee was up to date with its financial management and, as a registered company, accounted for every penny to Fifa.

Jordaan said about $70 000 to $100 000 would be left behind by the World Cup to develop football in South Africa. About R93-billion was injected into the country’s gross domestic product as a result of the tournament.

Many restaurants, especially in Sandton, Johannesburg, where prices were hiked ahead of the tournament, had reported up to 300% increase in profits.

Security, a major concern prior to the tournament, had not been an issue since the opening match on June 11.

“Circumstance leading to the police taking over the responsibility of stadiums [from a private security company] is not over security, but labour issues.”

He said 32 matches had been delivered without security problems. A total of 42 were expected to be delivered in the same manner by the end of the week.

“South Africa has never experienced such vibrancy and jubilation since the release of president Nelson Mandela and other political prisoners in 1990,” he said in a speech in Johannesburg.

“We are truly excited by the success and the spirit engulfing the country. For the first time ever in the 16 years of freedom and democracy, we see black and white South Africans celebrating together in the stadiums and fan parks.”

“We view the tournament not as an end in itself, but as a catalyst for development whose benefits would be felt long after the final whistle,” Zuma said.

“Two weeks into the competition, we can proudly say that everything has gone according to plan with regards to the logistics of the tournament.”

“While supporting our national squad, we must also remember that we have a much bigger responsibility. We are hosting this tournament on behalf of the African continent. We must succeed and we are doing exceptionally well so far.”

South Africa has been plagued by doubts about its high crime rate and limited public transport ever since the country was named the host six years ago. So far, the main problems have centred on traffic jams around stadiums and a slate of mostly small crimes. — Sapa, AFP