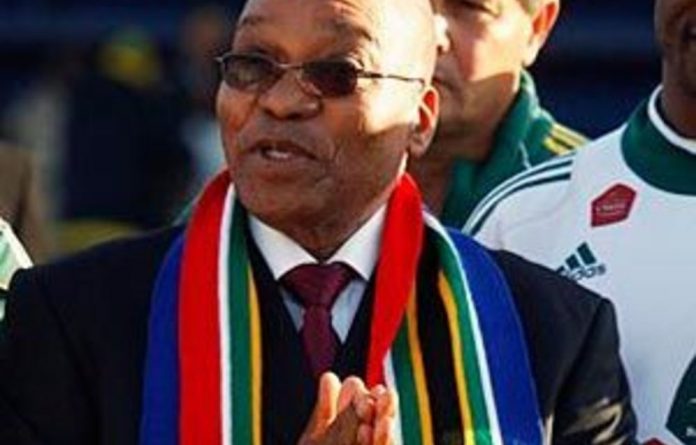 President Jacob Zuma said on Tuesday he is confident the Soccer World Cup will boost job creation and economic growth in the country.

“The event itself has created such an opportunity that our economy is not going to be of the same size after the 2010 World Cup. Certainly, therefore, GDP will grow from where it has been,” Zuma said in an interview with Reuters Insider television. “We are confident that the employment numbers will grow.”

Analysts estimate that the month-long sporting event could add about 0,5 percentage points to South Africa’s GDP in 2010. The government has spent about R40-billion on infrastructure projects, and billions more on upgrading roads and airports.

Zuma said some of the positive impacts from the World Cup will be job creation and infrastructure development.

“We are very confident that after this, employment will go up”.

The South African president said threats of strike action during the World Cup from unions were not directly targeted at the event, as wage negotiations and strikes traditionally took place each year around June or July during the so-called “strike season”.

“It has been just a coincidence that this season [of strikes] happened when the World Cup is here. It is not aimed at the World Cup,” Zuma said. — Reuters

Aristide wants to be in Haiti before vote