Algeria play for Africa and Arab world, not France 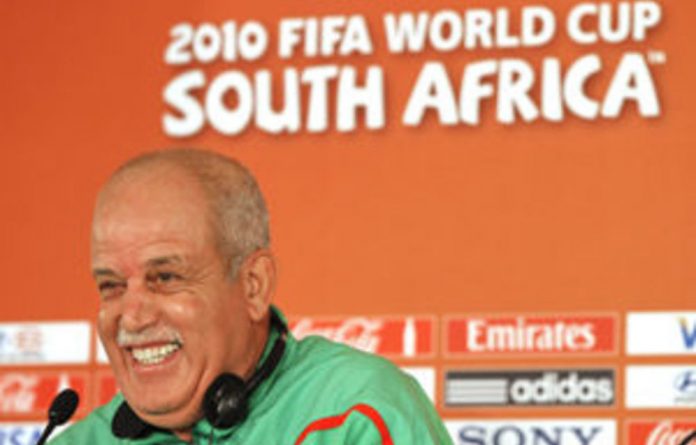 Algeria coach Rabah Saadane claimed his team will be representing more than just their countrymen when they face USA in a must-win World Cup Group C clash at the Loftus Versfeld stadium on Wednesday.

The Desert Foxes’ boss, whose team is mostly made up of French-born players of Algerian origin, said his team have a whole continent and the Arabic-speaking people behind them as well.

But he denied that they would also have to represent France who were knocked out on Tuesday.

“We already have a lot of responsibility as we’re representing Africa and the Arab world, we don’t want any more responsibility,” he joked.

‘It’s a shame’
“It’s a shame for France as there’s a great connection between the two countries.”

Saadane gave a strong hint that he will stick with the same line-up that held group favourites England to a 0-0 draw last time out, but suggested his shot-shy team may need a little tweaking up front.

“We have two options, the first and most plausible one is that I’ll stick with the team that gave such a good performance,” he said.

“But the second option is that I’ll change a forward. I’ll put my best team out there to play against the USA and we’ll give it our best shot to do even better than we did against England.”

A difficult group
Despite being bottom of the group on just one point, Saadane insisted that his team have as much chance as the others of progressing.

“It’s a difficult group. At the beginning England were the favourites but now every team has its destiny in its own hands,” he said.

“We have a match to play and we’ll try to do our best and get the victory.”

Algeria must win or they will be eliminated but while a two goal victory will ensure them of progress, a victory by one goal would see them needing a helping hand from either England or Slovenia.

Algeria captain Antar Yahia, who was born in Mulhouse, in eastern France, and now plays for Bochum in Germany, believes his side can kick on from their England showing and get the result they need.

“After the way we played against England we’re confident that we’re playing well,” he said.

“We’ve already played in important matches like the Africa Cup of Nations and World Cup qualifying and that’s a reference for us.

“We don’t need to put extra pressure on ourselves, we have faith. It’ll be a tough match but we hope to get the win. We’ve got the ability to show Algerian football in a good light.” — AFP