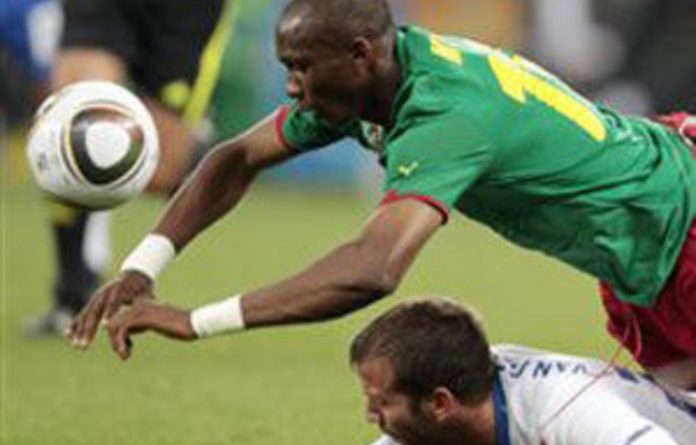 The Netherlands maintained their 100% record in the World Cup on Thursday when they finished on top of Group E after a 2-1 win over Cameroon.

The Dutch took the lead in the 36th minute when Robin van Persie fired through Cameroon keeper Hamidou Souleymanou’s legs from close range after a neat one-two with Rafael van der Vaart.

Samuel Eto’o equalised from the penalty spot in the 65th minute after a Dutch handball in the area.

Dutch substitute Klaas-Jan Huntelaar scored the winner from a rebound after Arjen Robben, making his first appearance of the finals, also as substitute, hit the post in the 84th minute.

The Netherlands, who won all their eight qualifying games, became the first team since Brazil in 1982 to win all their qualifying matches and all their group games. – Reuters