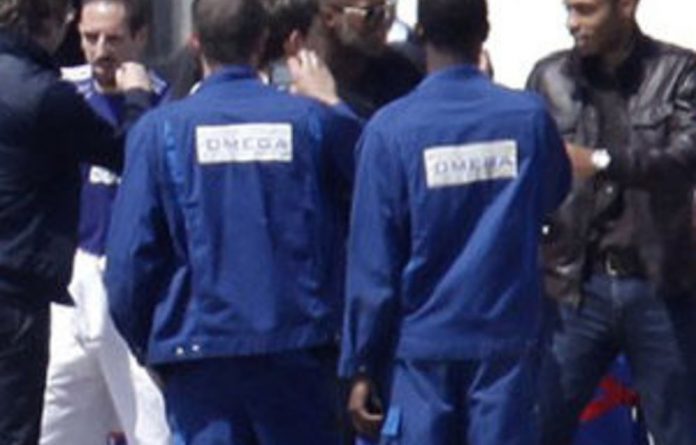 Football star Thierry Henry met Nicolas Sarkozy at the Elysée palace on Thursday as the president demanded answers over the French team’s humiliating exit from the World Cup.

Henry flew in from South Africa and was taken in a limousine provided by the French presidency to meet with Sarkozy, who has drawn criticism for making football an affair of state after calling for heads to roll over the debacle.

No details were released from their meeting but the shamed players’ homecoming turned into a morbid spectacle as television channels broadcast live pictures of their team plane landing and cars whisking them away.

France reacted with a mix of humiliation and anger to the team’s elimination from the tournament which came after two defeats, one draw, a players’ strike and foul-mouthed squabbles in the dressing room.

Sarkozy, a big football fan, on Wednesday called a meeting of government ministers on the matter and asked them “to make sure that those responsible meet the consequences of this disaster,” a presidential statement said.

“He also asked ministers to see that no financial benefits are paid to any of the France team.”

Sarkozy’s opponents criticised him for interfering but press reports said that Henry, France’s top goal-scorer, had himself requested the meeting.

“Football is part of our country’s image. Restoring our image is the head of state’s duty,” he said.

A group of non-governmental organisations including Oxfam said Sarkozy had scrapped a meeting with them to discuss this weekend’s Group of 20 summit, in order to make time for Henry.

The Elysée presidential palace insisted in a statement that the meeting had been shifted “not because of the president’s meeting with Thierry Henry … but because of constraints linked to the preparation of the G8 and G20 summits.”

Many fans have written off the team, known as Les Bleus, as spoiled millionaires led by an incompetent coach and unworthy of the blue jersey worn by the 1998 world champions.

Tens of thousands of French fans across the country booed the team during Tuesday’s broadcast of their limp 2-1 defeat to South Africa, even cheering ironically when South Africa scored.

Florent Malouda — the only Frenchman to have found the back of the net in the tournament — promised that the players would work better with Domenech’s replacement, Laurent Blanc.

“Me, I’ll stay on,” he was quoted as saying by the newspaper Le Parisien.

“We have a responsibility to rebuild what we have destroyed.” – AFP