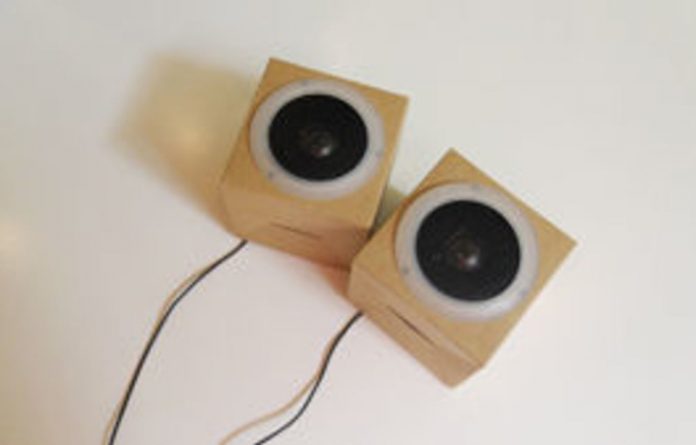 Japanese design house Muji’s disposable cardboard speakers are not well adapted for braais or pool parties. The thin, unprocessed cardboard boxes housing the tiny speaker cones are particularly vulnerable to combustion and drenching, not to mention other circumstantial threats such as squashing or immersion. This makes a Highveld winter, with its covered pools and dust-gathering braais, the ideal context for these designer items to make their debut in South Africa.

Though Muji has had stores in cities around the world for the past 20 years and has a large cult following in South Africa, its products have never been readily available in the country. When Design Is a Good Idea, a design showroom and studio, opened at 44 Stanley in Johannesburg in late 2009, owners Bruce Cowie and QZ Zhang-Cowie made a point of stocking Muji and, to date, the shop is the only place in the country where you can get your hands on a pair of Muji cardboard speakers.

Bizarrely, it was prohibitively expensive for Design Is a Good Idea to buy stock directly from Muji, which maintains that there is no market for its products in South Africa. It turned out to be cheaper at the New York Museum of Modern Art gift shop, which is where all South Africa’s Muji products are sourced.

Muji’s design philosophy, according to its website, is based on “traditional Japanese aesthetics”: visual and functional rationality and the elimination of wastefulness. Muji cotton socks make a right angle, because standing feet and legs make a right angle. Muji CD players are hardly bigger than a CD. And Muji speakers forego the unnecessary bulk and weight of most free-standing speakers, even portable ones.

They come packaged flat, in a zip-locked plastic bag, which makes them perfect for travelling because they can be folded and assembled in seconds. In Japanese culture, functional objects, including beds, pieces of furniture and appliances, are often packed up and neatly stored when not in use. This prevents clutter, a blight on the clean lines and open spaces that are at a premium in densely populated parts of Japan.

Muji’s speakers respect this principle — so much so that when you are finished with them they can quite easily be disposed of altogether. Made as far as possible from recyclable materials, they are mostly biodegradable and environmentally friendly. But, at R495 a pair, chances are you will want to hang on to them, at least until your next pool party.