Danny Jordaan’s brother cashes in on 2010 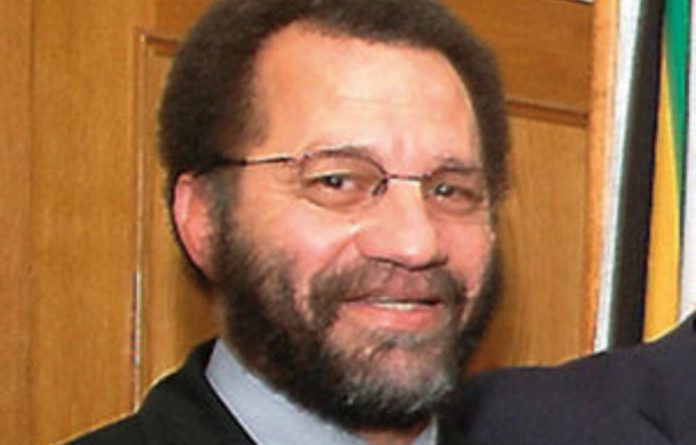 World Cup chief organiser Danny Jordaan is not the only member of his family to benefit from the tournament.

The Mail & Guardian has established that a company belonging to Jordaan’s younger brother, Andrew, was appointed by Match Event Services, the tournament’s exclusive provider of hospitality packages, to act as its liaison in Port Elizabeth for R200 000 a month.

The job entails being the the go-to between Match and hospitality business owners in Port Elizabeth.

It was revealed last year that Fifa president Sepp Blatter was linked to Match through his nephew, Philippe, a shareholder of Match Hospitality AG.

Danny Jordaan, chief executive of the local organising committee, this week denied being involved in his brother’s appointment, saying that any such suggestion would be malicious.

Andrew Jordaan’s close corporation, Sapphire Dawn Trading 154, was appointed venue liaison officer for Match Event Services in April last year by Match’s Johannesburg head office. As the only member of the CC, he stands to gain more than R3-million by the time his contract ends in August. The close corporation was registered in March 2007 and Andrew Jordaan became its sole member on May 15 that year.

A source privy to the negotiations told the M&G that Andrew Jordaan’s appointment was kept a secret until he made a surprise entrance at a top management meeting in Port Elizabeth, where a Match official introduced him as the city’s venue liaison.

Match’s human resource official in Johannesburg, Coral Collins, said that rumours that Andrew was head-hunted for the post were unfounded.

“He was not head-hunted but interviewed in March 2009 and found to be extremely well qualified and suited to fulfil the role within Match,” she said.

She could not tell the M&G where the job was advertised, but did say that Andrew Jordaan’s close corporation was being paid less than R250 000 a month for the contract.

Another source close to the negotiation said that the contract was worth R200 000 a month. Errol Heynes, Nelson Mandela Bay’s 2010 director, told the M&G that Match did not formally tell him about Jordaan’s appointment but that it was “not necessary” for it to have done so.

Andrew Jordaan confirmed this week that he is the venue liaison for Nelson Mandela Bay, but refused to comment on how he was appointed or whether his appointment by Match presented a conflict of interest because of his brother’s leadership of the local organising committee.

“I have nothing to say to you,” he said before putting down the phone.

In 2007 the Sowetan reported that Andrew Jordaan also benefited from the tournament through his stake in the Ibhayi Consortium — a partner in the Grinaker/Interbeton joint venture awarded the R2-billion tender by the Nelson Mandela Bay municipality to construct the city’s World Cup stadium. The size of his share in Ibhayi is still unknown.

The Institute for Security Studies published a monograph, Player and Referee: Conflicting Interests and the 2010 Fifa World Cup, earlier this year, which put Ibhayi’s stake in the project at 30%.

Jack told the M&G that he had resigned at an early stage “due to my involvement in another company. At the time I was there, Andrew attended all meetings of the consortium.”

Grinaker-LTA’s Leon Petrie told the M&G that it needed more time to respond, as it had to consult all partners in the joint venture. The Nelson Mandela Bay municipality declined to answer questions and referred the M&G to Grinaker-LTA.

In 2007, Fifa appointed Match Hospitality as the provider of hospitality packages at the 2010 and 2014 Brazil World Cup tournaments. In 2009 it was revealed that Philippe Blatter’s Infront Sports & Media, a Swiss sports marketing company, was a shareholder in Match Hospitality, along with Byrom Holdings plc of the United Kingdom and Dentsu Inc of Japan.

Sepp Blatter was accused of nepotism and Fifa, which is also the primary funder of the local committee, admitted Blatter was “partially” involved in appointing Match.

Mexican brothers Jaime and Enrique Byrom are the biggest beneficiaries of Match, which is mainly owned by their UK-registered Byrom plc. Sepp Blatter and his predecessor, João Havelange, are known to be close to the Byrom brothers. The brothers are also directors of the South African-registered Match subsidiaries.

Fifa local organising committee boss Danny Jordaan accused the M&G of being part of a “malicious and twisted” smear campaign instigated by committee chairperson Irvin Khoza when the paper asked him about a possible conflict of interest in his brother’s appointment by Match Events Services.

An emotional Jordaan was adamant that the questions raised about his brother, Andrew, had also been instigated by Khoza’s spokesperson and business partner, Dominic Ntsele.

“I know about the war he [Khoza] said was coming after the World Cup. This campaign is against me and how I cannot run or handle this event,” said Jordaan.

“I’m not my brother’s keeper,” he snapped.

The M&G approached him after receiving information that Andrew Jordaan stands to gain more than R3-million from his company’s contract with Match in Port Elizabeth.

Danny Jordaan said that he had become aware of the story two weeks ago and had records of phone conversations that M&G reporter Jackie Mapiloko had had with Nelson Mandela Bay’s 2010 director Errol Heynes.

“Errol told me how you [Mapiloko] tried to push this malicious and twisted campaign down his throat. He has already made an affidavit to that effect and I’ll be taking it to my lawyers,” said Jordaan.

Mapiloko has never spoken to Heynes about the matter.

“I know why so many questions are being asked about my brother. This issue has nothing to do with him. I know that you got this information from Irvin and Ntsele,” he said.

Jordaan said that the “war” against him had been going on ever since the South African Football Association elections last September.

He said the M&G‘s timing in

raising these questions was suspicious and accused the paper of being “used” by people who were trying to destroy and tarnish the football world.

“If the M&G wants to investigate me, they should say so and I will make my bank account available to you,” said Jordaan.

“I have never in my 17 years in football taken any money from anyone. All I have is my name and I will not have it tarnished for malicious reasons — not after I fought so hard for this country.”

He denied any knowledge of the process followed in his brother’s appointment and said that any reference to this would be malicious.

“Why ask questions about conflict of interest? What conflict?

“Match is independent and I have nothing to do with it or who they appoint,” said Jordaan. — Jackie Mapiloko and Gcina Ntsaluba