The BEE in Telkom’s bonnet 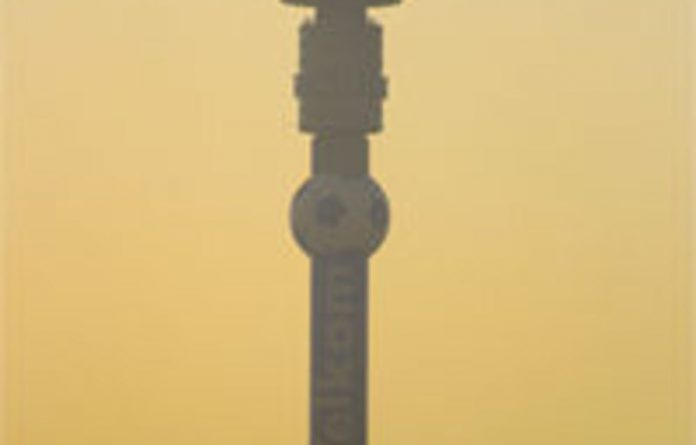 So far, private enterprise has done much better at transferring ownership into black hands than the parastatals. This is particularly true of Telkom, which reportedly has come under pressure because it does not meet the government’s requirements for the telecommunications sector of a 30% BEE stake.

There are a number of reasons why the parastatals lag. The major parastatals are all 100% state-owned. BEE then automatically means privatisation, which is now a political no-no.

Privatisation was fashionable in the 1990s when the ANC took power and at first it was seen not just as a way to spur BEE but also as the only means of making privatisation politically palatable. A few minor state-owned companies were privatised, such as Aventura, and one big parastatal, Telkom, was part privatised, along with the Airports Company of South Africa (Acsa).

It is hard to see how the Aventura privatisation benefited BEE, but the state had no business owning a hotel resorts group, so perhaps it does not matter that most of the resorts ended up in foreign ownership. There is an exception. Safcol forests were privatised, with apparently successful BEE benefiting the communities around the forests.

Acsa has a BEE shareholding of only around 4%. Eskom, Transnet and South African Airways have remained 100% state-owned. Telkom has been a BEE embarrassment ever since the state sold 30% of the company to a strategic equity partner, Thintana, comprising a Malaysian and an American company.

For a long time, Telkom’s only real BEE stake was 3%, held by an empowerment vehicle called Ucingo. The Ucingo stake fell away because of financing problems. When Telkom was listed on the stock exchange, about 1% of the company was sold to black members of the public.

The state held on to a majority stake. Then a controversial stake of around 7.5% found its way into the hands of people perceived to be close to former state president Thabo Mbeki when
the strategic equity partner Thintana divested, in a deal that attracted much criticism. This stake was held by the Elephant Consortium.

Telkom’s website now records the Elephant Consortium as having 7.2%. The state still owns around 40% of Telkom and is reportedly set on hanging on to it until there is more competition in the telecommunications sector.

Assuming that the members of the Elephant Consortium do not, once they are free to trade their shares, dispose of them, Telkom has to sell a stake of around 23% to satisfy government’s requirement of a 30% BEE ownership. That is just under R4.5-billion, a sizeable BEE deal. It could be more or less depending on the share price.

Telkom has required its suppliers to be 30% black-owned, so it is only fair it has the same percentage of black ownership. The big worry with BEE deals involving parastatals is corruption. Because of the state’s role, the potential for conflict of interest and of patronage is immense.

The most recent example is the proposed flow of funds to the ANC through its Chancellor House investment in Hitachi SA, which is to benefit from supplying Eskom’s construction of new power generation infrastructure.

Who will be the beneficiaries of Telkom’s pending BEE deal? It has been surmised that supporters of President Jacob Zuma, incensed that Mbeki supporters benefited from the Elephant Consortium BEE deal, believe they should now have their turn. Controversy will probably surround whoever is chosen.

Anyway, broad-based ownership can be a sham, with the shares ending up in the hands of individuals not long after the deal is concluded. So how will the particular BEE participants be identified?

Separately, in the light of what has happened to Telkom recently, a BEE deal of this size raises an important question: Why buy, even at a discount, and on favourable terms, a stake in such a troubled company? The Telkom that we have known is no longer.

Thanks to the unbundling and sale of the 50% stake that Telkom had in Vodacom, the company no longer has a steady, reliable income stream from one of the two dominant and highly profitable cellphone groups. Telkom this week reported a 92% drop in profits for the year to end-March.

The irony was that for a long time when Telkom screwed up and was not able to provide a fixed line for a consumer, the chances were good that that consumer would end up with a Vodacom cellphone contract, and Telkom would score anyway.

Telkom still has a monopoly on the fixed line you need for a broadband ADSL internet connection. ADSL for now offers the cheapest broadband. There are many potential users of ADSL, like myself, who cannot switch from more expensive options and cannot wait for real competition to Telkom. Neotel, which is supposed to be competition, hasn’t really offered much competition yet.

Investors do not view the imminent departure of Telkom chief executive officer, Reuben September, due to leave before the end of the year, as much of a loss. That may have something to do with his presiding over a disastrous investment in Nigerian company Multi-Links.

However, September’s allegations, in a leaked letter, about micromanagement by Telkom board chairman and the government’s representative, Jeff Molobela, do not bode well for future management’s ability to operate without political interference and therefore in the interests of all shareholders.

Telkom is entering the cellphone service market, in competition with MTN, Vodacom and Cell C, though it is piggybacking on MTN’s network for the moment. Although this is a logical step, it is not going to be easy for a former monopoly operator to move into a truly competitive market. So Telkom looks as though it may end up enriching no one, including BEE partners.