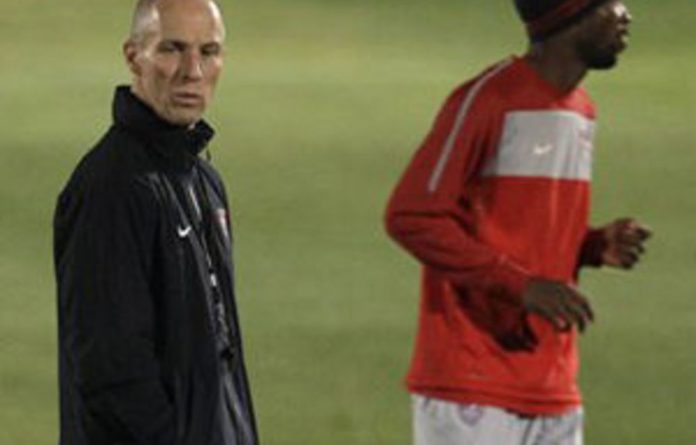 Fifa on Saturday praised South Africa for pulling off the World Cup’s group matches without incident, as the second round kicked off with Ghana the continent’s last hope for success.

Despite some initial problems, especially around transportation on the opening day on June 11 when traffic jams caused many late arrivals, Fifa secretary general Jerome Valcke said South Africa had overcome its challenges.

“Yes, we went through small challenges at the beginning,” he said. “Altogether, definitely since then, I think that we have been able to solve all the issues.”

Two weeks into the tournament, three quarters of the 64 matches have already been played as the group stages finished late on Friday.

Now South Africa is embracing the opportunity to host major teams like England, Spain and Brazil as the second round gets under way, counting on the tourist boom to keep rolling.

“Security and organisational fears have been allayed and positive media coverage has spread a confident and optimistic message to audiences across the globe,” the city of Cape Town, South Africa’s main tourist magnet, said in its evaluation of the tournament so far.

“This excellent media coverage, together with the current match positions of key traditional source markets, will result in a further surge in last-minute bookings,” it added.

Local media have revelled in defying naysayers who worried about South Africa’s high crime rate and poor transportation, arguing that the nation was ill-suited to host a major event.

“This week, we showed the quintessential African generosity of spirit and hospitality, even though our team is no longer competing,” the Saturday Star said in an editorial.

“People overseas are trying their utmost to come here because of the positive images that are being beamed into their living rooms every day,” it said.

“And the best thing is, we’ve still got another two weeks of this spectacle to enjoy with our newfound friends from around the world.”

Bafana Bafana were knocked out of the tournament, but the country has now set its sights on high-stakes matches that feature major matches such as England vs Germany in Bloemfontein on Sunday and Spain vs Portugal in Cape Town on Tuesday.

The sleepy central city of Bloemfontein, where bars and restaurants are preparing for a swarm of supporters, was already gearing up for its big game, the last match the town will host.

“We are ecstatic,” said Anja van Staveren, general manager of the Barbas Cafe which is a 10-minute walk from the Bloemfontein stadium.

“We’re expecting them by the thousands. The whole street is getting ready for them to arrive.”

Many Africans will be watching Saturday’s clash between Ghana and the United States more keenly.

Ghana was the only African team to the clear the group stages, and the match in Rustenburg represents the continent’s last chance for victory at the first World Cup hosted on its own soil. – AFP