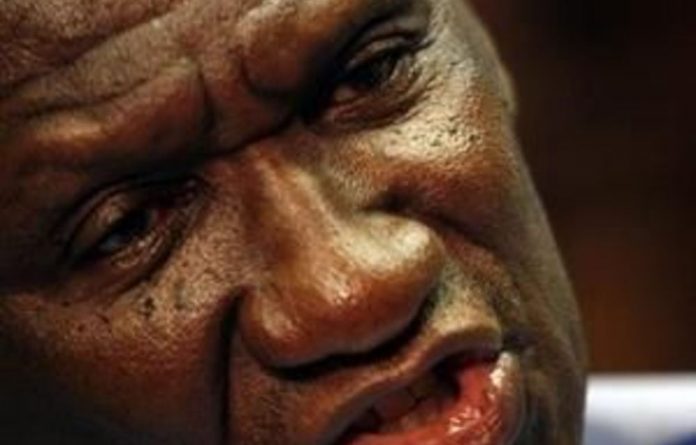 A burglary at the Fifa headquarters in Johannesburg was confirmed by national police commissioner General Bheki Cele on Tuesday.

“Yes, we know there was burglary there. We are looking into it,” Cele told a National Press Club briefing in Pretoria.

He said seven trophy replicas and two jerseys had been taken during the incident, which led police to believe that the crime was perpetrated by people familiar with the offices.

It was not immediately clear when the incident took place.

Meanwhile, Cele said since the start of the World Cup, 316 people had been arrested, 207 of them South Africans, for tournament-related crime.

He said 109 of those arrests were of foreign nationals, with Ethiopians topping the list at 11.

They were followed by Algerians (nine), United Kingdoms citizens (eight), six people each from Mozambique, Zimbabwe, the United States and Pakistan, five people from Argentina and four Slovakians.

“It’s the United Nations of crime,” he quipped to much laughter.

Cele said 90% of the arrests had been in connection with theft, and by far the majority of these cases could be attributed to negligence on the part of the lawful owner.

This was as cellphones and laptops had been left unattended and then stolen.

He said police were also increasing their vigilance outside the stadiums as to date 29 cases of unauthorised ticket scalping had been reported.

“Thirty-three persons have been arrested in these cases, of which 14 are South African and 19 are citizens of other countries,” he said.

High-profile incidents
Meanwhile, Fifa is happy with policing at the World Cup so far, a spokesperson said on Tuesday.

However, Fifa would leave the evaluation of the first two weeks up to the police, said Fifa spokesperson Wolfgang Eichler.

The first week of the tournament was marred by security guards striking at stadiums across the country, resulting in police having to take over. They are still in charge.

A few high-profile incidents have occurred.

In once case an English fan got into the dressing room of the English soccer team after a match.

Hotel staff have also been arrested for theft and journalists have been mugged and robbed.

He said more tickets were soon going to be made available for the quarterfinals, but he could not say how many. — Sapa