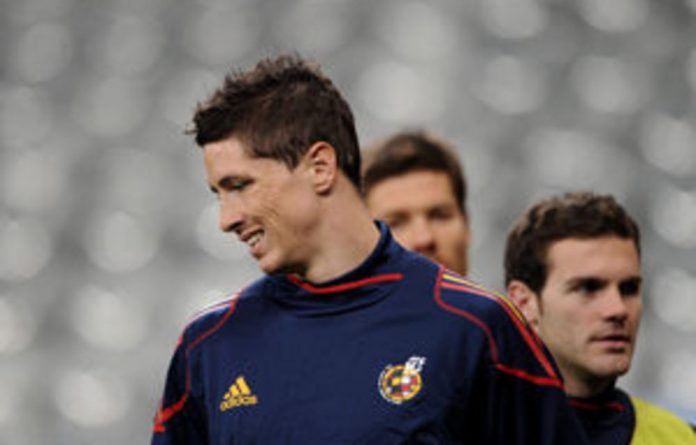 Spain coach Vicente Del Bosque takes no pleasure in avoiding Brazil in the World Cup second round, with Iberian rivals Portugal an equally tough hurdle for the European champions on Tuesday.

After a rocky start to the tournament, Spain pulled themselves together to top Group H with Brazil doing the same in Group G.

To many it was a relief, with the top two teams in the world meeting in the round of 16 seen as an anti-climax when that is the match long tipped by pundits as a potential final.

Del Bosque though said Portugal was as much of a challenge.

“We’ve seen how they controlled the game against Brazil, hitting them on the counter-attack,” he said.

Tough challenge
“Portugal are going to be a very tough side. I take no satisfaction from the fact we’re up against Portugal instead of Brazil. They are both great national teams.”

What Del Bosque has taken satisfaction from is the way his team have bounced back from losing their opening game to Switzerland 1-0.

It was a shock defeat but they got back on track with a 2-0 win against Honduras before beating 10-man Chile 2-1.

“We were very upset when we lost to Switzerland. We had to go against the current, swim upstream,” he said.

“I think as from now we will be more optimistic in every sense of the word and I’m sure that optimism will be seen on the pitch.”

They go into the match with Real Madrid midfielder Xabi Alonso still uncertain after spraining his right ankle in the Chile match on Friday. If he fails to recover, 21-year-old Javi Martinez could take his place.

Centre-back Raul Albiol is also a doubt with a shin injury.

Injury worries
Portugal have their own injury worries with striker Danny set to miss the game with a badly bruised leg, but playmaker Deco returns after sitting out the 0-0 draw with Brazil.

At stake for both teams is a quarterfinal berth against either Paraguay or Japan at Ellis Park in Johannesburg, a tempting fixture as both Spain and Portugal look to win the World Cup for the first time in their history.

The Portuguese finished second in their group after goalless draws with Côte d’Ivoire and Brazil and a 7-0 rout of North Korea.

They successfully blunted Brazil’s natural flair with Duda, Bruno Alves, Ricardo Carvalho and Ricardo Costa holding a solid line at the back.

Portugal have now kept a clean sheet in 22 of their last 26 internationals and these tactics are likely to be used again to counter the threat of Fernando Torres and the in-form David Villa, who has already scored three goals.

“We can’t go into the round of 16 simply on reputation or statistics. The players now have to deliver the goods,” he said.

Winger Simao knows his side will be facing one of the best teams in the world, but insists they have no fear.

“Without showing them a lack of respect, we’re not scared at all,” said the Atletico Madrid star.

“We’ve got a great team too. And to become better, we have to beat Spain. They’re champions of Europe, but we have our own qualities.” — AFP