History beckons for Japan and Paraguay 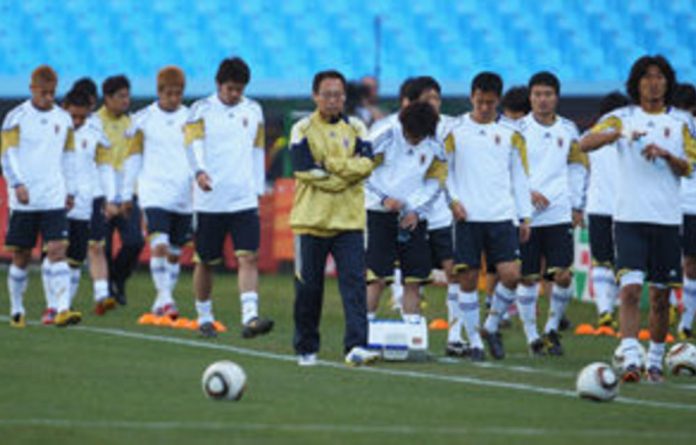 Japan and Paraguay stand on the brink of World Cup history ahead of their second round clash at the Loftus Versfeld stadium here on Tuesday.

Neither side has ever made it to the quarterfinals of the World Cup before so one team is guaranteed to be the greatest that their respective country has ever produced.

This match-up is one of the most unexpected and unlikely in the second round and in some respects courtesy of the failings of others.

Paraguay were expected to be playing for second place in their group but Italy’s failure to win a match saw them elminiated with Paraguay taking top spot despite only winning once themselves.

Japan were an unexpected package in their group as they toppled both Cameroon and Denmark while falling by only by a single goal against the highly fancied Dutch.

Punching above their weight
And as the only surviving Asian nation left in the competition, Japan coach Takeshi Okada believes his team can take inspiration from that just as Ghana did from being the last remaining Africans.

“As a matter of course, I think we have to play with pride as a member nation of Asia. My wish to overcome Paraguay has grown stronger,” he said.

“We have really played each group game as if we were playing in the [knockout] tournament. We want to keep on playing with the same attitude.”

But Okada, who coached Japan in their World Cup finals debut in 1998 when they lost all three group matches, has warned his players against premature feelings of success.

“Well, I think they will be alright because I have warned them against it ever since the [Denmark] match ended. It is because our goal is not here.”

Okada said Paraguay’s two main strengths are their solid defence and their big forwards, meaning the Japanese have been paying special attention to set-pieces.

“They have two big centre forwards. They have five players who are strong in heading but not so much as the Danes,” he said.

“In such a decisive match, set plays hold the key. We want to score on set plays no matter what and we don’t want to yield goals on set plays.”

Although Japan reached the second round once before, that was on home soil in 2002 when they were then beaten 1-0 by Turkey.

Making history
Otherwise they had never won a match in the World Cup until this year, losing five and drawing just once, 0-0 with Croatia in 2006.

Paraguay have a much longer history in the tournament and coach Gerardo Martino is keen for his team to achieve something that will make them stand out from their predecessors.

“If we don’t go through nobody much will remember us [but] if we turn in Paraguay’s best ever showing then they will talk about us for a good while,” he said.

Manchester City striker Roque Santa Cruz believes the team has what it takes to keep progressing to a quarterfinal match-up against either Spain or Portugal.

“We want to do something we have never managed to achieve and make history,” he said.

Paraguay have certainly had better luck this time around than in their three previous second round appearances.

In 1986 they were thumped 3-0 by England before drawing hosts and eventual winners France in 1998.

There they lost to the first ever golden goal in World Cup history, scored by new France coach Laurent Blanc.

Four years later the draw again did them no favours as Germany awaited them and a goal two minutes from time broke Paraguayan hearts as the Germans went on to the final. — AFP