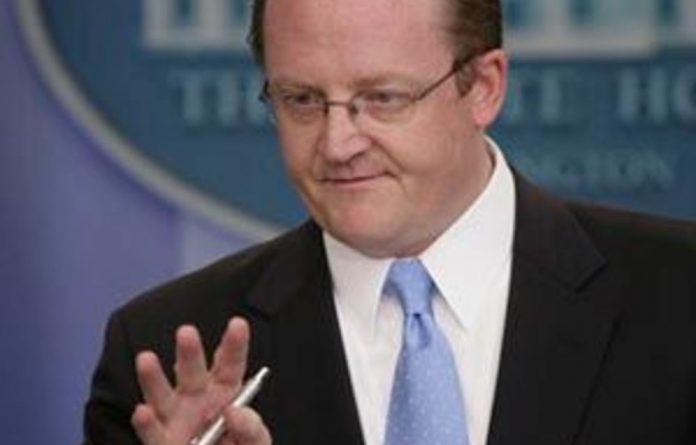 Russia and the United States sought on Wednesday to cool a heated scandal sparked by the arrest of 11 suspected Kremlin spies, amid fears the Cold War-style furore could harm improving ties.

A cautious White House made no move to condemn Russia after the arrests, prompting the Russian Foreign Ministry to say it expected the scandal would not hurt relations that have seen a significant revival over the last months.

The US Justice Department said on Monday that 10 “deep-cover” suspects, accused of infiltrating US policymaking for the Kremlin, had been detained on suspicion of seeking details of US nuclear weapons and foreign policy.

Police in Cyprus arrested an 11th suspect, 54-year-old Christopher Metsos, who was picked up trying to board a flight on Tuesday to Budapest after immigration officers discovered his name on a stop list.

The intriguing nature of the case, in particular the emergence of Russian suspect Anna Chapman (28) — described as a flame-haired femme fatale in the tabloids — has drawn comparisons to the heyday of Cold War espionage.

White House spokesperson Robert Gibbs was repeatedly offered the chance in his daily briefing to condemn Russia over the alleged spies, but described the operation as solely a “law enforcement” matter.

“I do not believe this will affect the reset of our relationship with Russia,” Gibbs said.

The State Department, meanwhile, styled the episode as a remnant of the Cold War covert intelligence struggle between spymasters in Moscow and Washington that would not have a lasting impact on ties.

The muted official US reaction appeared to please Russia, which had angrily demanded explanations from Washington, with the Foreign Ministry saying it expected the scandal “will not negatively affect ties”.

“In this connection, we take note of the statement of White House official representative Robert Gibbs,” a Foreign Ministry spokesperson told Agence France-Presse.

Major embarrassment
But the scandal remains a major embarrassment for the White House and the Kremlin, not least because it broke just days after US President Barack Obama met his Russian counterpart, Dmitry Medvedev, for a summit.

The White House said Obama knew the FBI was closing in on the 11 alleged spies when he met Medvedev at the summit — which was marked by jolly bonhomie and a chummy burger bar trip — although he did not mention it.

Russian Prime Minister Vladimir Putin — who by an odd coincidence was meeting former US president Bill Clinton in Moscow late on Tuesday — was critical of the arrests but said he hoped they would not affect ties.

“You came at the right time. Your police have let themselves go, and put people in prison,” the former KGB agent told his American visitor, using his trademark earthy language.

“I expect that the positive tendency in relations over the last years is not harmed. We very much hope that people who value good relations understand this.”

The Kommersant newspaper reported that Russia’s “eloquent speakers” — talkative mid-ranking officials who often speak on such issues — had been ordered not to make public comments so as not to fan the flames.

“You were sent to US for long-term service trip,” read a message decrypted by the FBI and said to be from the Moscow headquarters of the SVR intelligence service, a successor to the Communist-era KGB.

But Russian media poured scorn on the scandal, with newspapers fuming that the affair had been trumped up by elements inside the US bent on discrediting Obama’s policy of reconciliation with Russia.

“The highest-profile Russia spy scandal in the United States looks like the most unconvincing and most unnecessary,” said Kommersant. — AFP