The cup half full 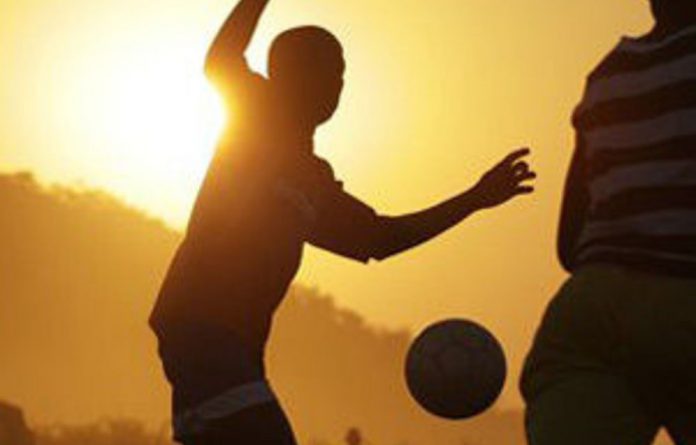 South Africa can breathe a sigh of relief. Almost. We’ve passed the halfway mark of the World Cup with no major catastrophes. But recent events suggest that however many times we pat ourselves on the back for being able to ensure the smooth-running of a major global tournament, or that we have managed to secure small pockets of our country and protect the 100 000 tourists — there remains deep structural and social problems that hosting a successful World Cup will not solve. How have we fared in the major sectors for the past three weeks? Ryan Hoffman, Verashni Pillay and Lisa Van Wyk take stock of the situation.

Security
It was almost inevitable: Just as South Africans were getting puce-faced from holding their breaths for the World Cup to end without any tourists getting injured or murdered during an act of criminal violence, one was.

On June 30, American tourist David Bueche was attacked after he had disembarked from the Gautrain’s Sandton stop and was walking to his accommodation.

According to police he was shot in the arm during the robbery that happened at about 9pm — just after he had arrived in the country. Bueche had taken the Gautrain from OR Tambo Airport to Sandton.

A police spokesperson told the South African Press Association that four men travelling in a vehicle assaulted, shot and robbed him of his belongings. Bueche was taken to hospital, where he was listed in stable condition.

Since the World Cup began on June 11, this was the first reported incident of a tourist being attacked and injured. Aside from the attack on Bueche, the most serious crime so far has been two incidents of armed robbery on foreign journalists where no one was hurt.

Crime has been the country’s major World Cup concern, with government spending R1,3-billion on security for the tournament and deploying 44 000 new police members.

Despite the SA Police Force’s various showboating of arms and muscle in parades and simulated exercises and the war talk of police chief General Bheki Cele, the attacks remain evidence of the deep structural changes that need to be implemented in SA society to effect real change in the country with regard to our vertiginous crime rate.

South African Institute of Security chairperson Terry Scallan, who the LOC drew on in preparation for the tournament, said that for once the police force was beyond criticism. “I’d say that this World Cup has been a feather in the cap for the local police force.”

But the fast turn-around time for tourists and foreign journalists, amongst others, has been a bitter pill for many South Africans. With one of the highest crime rates in the world, poor investigation and lack of follow-through are common in the normal run of things and South African detainees can wait for years for a trial.

Scallan was optimistic, however, saying that some of the extra resources, such as the police officers, would remain as a legacy for South Africans after the tournament.

Instead of violent crime however, the major upset has been the mayhem around security firms contracted by the local organising committee.

Police were forced to take over security operations at three of the World Cup stadiums after strikes by security stewards contracted to Stallion Security wreaked havoc.

The M&G reported that government may have spent an additional R100-million thanks to the LOC’s botch-up around the contracts — yet another cost to fuel a growing backlash to what is seen as the footballing conglomerate’s co-opting of the state’s authority and resources.

Transport
Thanks to apartheid-inspired town planning and chronic under-investment in public transport, getting fans to the games was always going to be one of the biggest challengers for organisers. And so far it’s turned out to be one of the World Cup moments that have best summed one of the country’s gravest problems.

While government allocated more than R11-billion to a public transport infrastructure upgrade project, the first few days of the tournment were a traffic nightmare. Reports of massive traffic jams en route to Soccer City for the opening match were accompanied by bus driver strikes and claims of organizational chaos at park and ride facilities in various host cities.

Lusanda Madikizela, the department of transport’s national 2010 coordinator admits that there were a few problems to begin with, but things are moving a lot more easily now. She says it’s because fans ditching their cars and using Metrorail’s World Cup-specific services in Johannesburg, Durban, Pretoria and Cape Town.

Fans in major cities have reportedly been happy with the park and ride facilities, although those in cities such as Rustenburg and Nelspruit have complained about long queues and chaotic organisation at meeting points.

Accommodation
A lot of ordinary South Africans poured money into their accommodation with promises of 750 000 visitors innundating the country and left without a place to stay. But the numbers of actual visitors at this stage looks a lot closer to 200 000.

And while hotels in Durban and Cape Town expected more long-term visitors, tourists were tending to use Gauteng as a base and dropping into the other cities for only a night or two around matches.

Backpacker and youth hostels, however, had experienced a huge boom as the affordable prices — generally under R500 a night — proved popular to recession-struck fans.

Sex
It’s a sex workers dream: boozed up football fans with their pockets stuffed with foreign currency looking to celebrate their teams win or commiserate their defeat.

Before the World Cup started it was reported that sex workers would be flocking to South Africa to cash in on the hordes of fans ready to spend euros, pounds and dollars on soccer and sex. But reports from within the industry differ on how lucrative recent trade has been.

Shaun Newman, spokesperson for the popular Teasers strip club chain says business has been booming, so much so that they are now open on Sundays to cater for the fans.

Newman said there is a definite increase in the number of foreign visitors in the chain’s clubs in Gauteng and on the coast. But the chain hasn’t increased prices: “Why screw someone to make a quick buck?” says Newman.

Meanwhile, a quick drive down Oxford Road in Johannesburg this week showed unusually quiet streets, with a handful of working women visable in the red-light hotspot. Some told the M&G it was because of the icy winter and police harassment but others suggested their colleagues may be trawling fan parks and areas such as Sandton in search of a foreign currency pay day.

Entertainment
Many complained that prices were too high for the World Cup kick-Off concert but the event sold out, attracting over 30 000 people. And, it seems, the party won’t be over until the hip-swiveling Shakira sings.

Restaurants in host cities, especially in established entertainment areas (Long Street in Cape Town, Florida Road in Durban, Parkhurst and Greenside in Johannesburg), and those located near the fan parks, have been doing especially good trade so far.

Local nightlife has also seen an improvement, especially when compared to winter last year. A nightclub owner in Newtown noted that the massive influx of tourists that kept bars buzzing throughout the week at the start of the tournament has started to taper off.

But the biggest success stories of the tournament have come from the fan parks, according to the organisers. A spokesperson from the city of Cape Town said there has been over a million visitors to the official Fifa Fan Fest and locally organised “fan jols”; the company running Durban’s Fan Fest TK, say they have attracted over 200 000 spectators to the Fan Fest alone, the most successful in the country so far. Soweto’s fan park, say organisers, has attracted 200 000 since the start of the festival.