Past could cost Rasool US posting 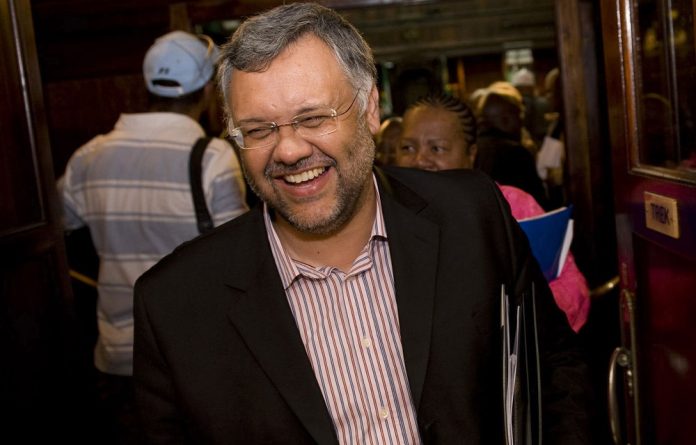 Allegations that former Western Cape premier Ebrahim Rasool paid journalists to ensure favourable coverage of him and help him fight his political battles has cast doubt on whether he will be allowed to go to the United States as the South African ambassador.

Rasool is undergoing diplomatic training in Pretoria and the US still has to approve his credentials. The approval process involves security checks in which various US intelligence agencies will liaise with their embassy in South Africa to check on the ambassador-designate’s record, diplomats told the Mail & Guardian this week.

It would be unprecedented if the US were to refuse a South African ambassador-designate’s credentials. The M&G understands this would be a major embarrassment for South Africa and could harm political relations between the two countries.

“There are political considerations that need to be taken into account,” an official close to the process told the M&G. “The country involved must ask themselves whether they would compromise the relationship with South Africa because of an ambassador they don’t want.”

Rasool is at an advanced stage of his training and American diplomats have acknowledged that the hold-up for his departure is from Washington’s side.

Problems ahead
Forfeiting a plum diplomatic posting is only one of the problems Rasool may face in the fallout following allegations made by former Cape Argus reporter Ashley Smith.

Rasool is expected to be hauled in front of the Western Cape standing committee for public accounts to answer allegations. And on Wednesday Western Cape Premier Helen Zille told the M&G she would launch a forensic investigation into payments apparently made by Rasool’s provincial ministers from government coffers to Smith.

Smith released an affidavit this week saying he plotted with Rasool and former provincial ministers Marius Fransman and Leonard Ramatlakane to help the embattled Rasool to stay in power as ANC provincial chairperson and Western Cape premier.

Through a complicated web of transactions with various companies, according to the affidavit, Rasool rewarded his “advisers” — in this case Smith and his Cape Argus colleague Joe Aranes — by allocating provincial government work to them.

Smith’s confession has raised eyebrows in political circles. Those sympathetic to him say he needed to unburden his soul, while the more cynical view is that he is down and out.

“He is broke and cannot find any work, so this is his last resort,” a Western Cape source affiliated to the camp of Mcebisi Skwatsha, Rasool’s chief political enemy, said.&amp;

Another motive of Smith that is being mooted in political circles is that Rasool’s enemies want to make sure he does not get the plum Washington post, although the ANC is adamant that Rasool will continue to prepare for his ambassadorship in Washington.

“He has not had an opportunity to explain himself, so we won’t jump to conclusions,” ANC spokesperson Ishmael Mnisi said.

Rasool was a surprise choice for the prestigious post, but ANC insiders say this is an attempt to show that the ruling party holds no grudges against him.

“It was not just him; he was merely one factor that lost us the Western Cape. He may not be able to run ANC factions, but he is still capable of serving the country. He will be good at running a mission and ensuring our links with the US are strengthened,” said a national executive committee member.

Leaked recording
The M&G reported in 2009 on a leaked recording in which a whistleblower employed by Hip Hop, a company used to channel the funds in question, spilled the beans. Aranes, Smith’s colleague and business associate, quit his job shortly after this story was published.

In his affidavit Smith says he plotted with Aranes to set up a media consultancy company, Inkwenkwezi Communications. Although the listed shareholders were Smith’s wife, Joy van der Heyde, and Zain Orrie, it was agreed Smith and Aranes would each hold one-third interests in the company.

“Orrie regularly said that, because of his influence with Rasool and Fransman, work would be guaranteed from the [provincial ministers] in provincial government.”

Smith, Orrie and Aranes started having late-night meetings with Rasool and his political allies at Leeuwenhof, the premier’s residence in Cape Town, to discuss strategies to defeat Rasool’s political enemies, chief of which was Skwatsha.

“At these meetings Rasool referred to us, the Inkwenkwezi trio, as his ‘air force’, meaning his front line of attack against the Skwatsha camp. It was also at these meetings that Orrie would say that it was difficult to fly the planes when the fuel tanks are dry, suggesting we couldn’t do the work without payment.”

In return for its help to Rasool, Inkwenkwenzi was allocated a tender of R200 000 to develop a communications strategy for the human settlements department [of] the Western Cape government, headed by Fransman at the time.

Smith, Aranes and Orrie had regular meetings on Saturday mornings where Orrie gave Aranes and Smith cash amounts ranging from R5 000 to R10 000 as payment for the work they did for Inkwenkwezi.

Things fell apart when a staffer in the premier’s office attempted to make a payment of R100 000 to Inkwenkwezi through another company called Oryx Communications, which raised questions in political circles.

The Independent newspaper group, to which the Cape Argus belongs, did an internal inquiry about Smith and Aranes’s involvement in the company and their moonlighting as media consultants to Rasool.

In April 2006 Smith resigned from the Independent but Aranes stayed on, though stripped of his title as political editor.

In his affidavit Smith tells how, two hours after his resignation, he met Rasool at Leeuwenhof. “The general discussion was how Rasool was going to take care of me.”