The fall of Federer 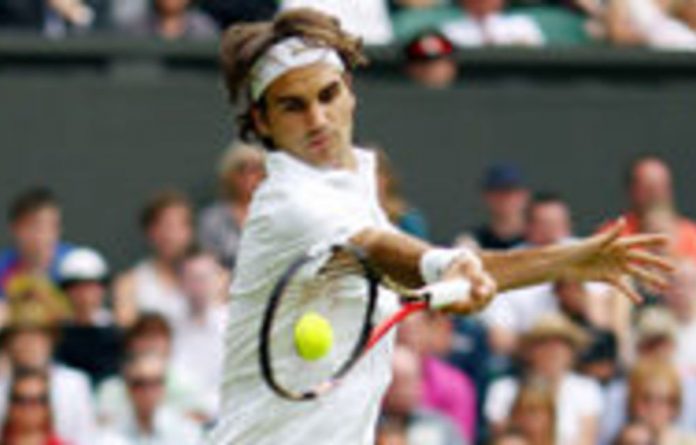 Only Roger Federer and Tiger Woods, among great athletes of modern times, have had the aura to survive slumps and still be regarded as dangerous until they are scraped off the canvas. That, sadly, is no longer true in either case.

As Federer leaves Wimbledon, his back, right leg and heart aching, he must wonder if he can continue to absorb as much punishment as he once did, to his spirit as well as a body unused to such failings.

He was a god reduced, a humbled champion — and he has not been so despondent after a defeat in a very long time. He struggled and failed to hide his inner torment.

He is still hungry. “I can’t wait for Paris and Wimbledon to come around next year,” he said, defiantly. But he is angry too — angry at himself for being mortal and angry at suggestions he is not as great as he has been for nearly a decade. But defeat sent him tumbling to third in the world, a position of relative ordinariness he has not experienced since 2003.

Yet these are just numbers. It was in the manner as much as the substance of his four-set defeat by the Czech Tomas Berdych in the first quarterfinal on Centre Court — his court — where he betrayed fault lines that have widened almost imperceptibly in the past year or so. His demeanour shouted frustration; his racket was not a friend but an unreliable spy.

These fissures will concern lovers of sublime tennis while encouraging the belief in lesser players that ­beating Federer is no longer so impertinent.

It is a moment of truth that Woods has experienced more often post-crash — but golf is different. Even Woods can safely be erased from calculations if he misses the cut or trails by a long way.

Federer’s sport is more suited to the comeback. In tennis there is no point of no return — literally. As in boxing, there is hope until the last blow is swung.

Federer has done it many times. Berdych does not need reminding of that. He was two sets up against the Swiss at the 2009 Australian Open before Federer stormed back to reach the final, where he lost in five sets to Rafael Nadal. But that match is significant for more than the scoreline.

For a start, Berdych showed a keen tennis brain by targeting Federer’s backhand, a tactic the Colombian Alejandro Falla used to devastating effect in taking two sets off the Swiss before fading in the first round.

Berdych, a good player who is often taken for granted, had lost eight in a row to Federer before that fourth-round match in Melbourne. He had a solitary win against him, in three sets at the Athens Olympics in 2004. Then he found a way to win. Nobody outsmarts Federer, but the quiet Czech did, momentarily slicing a sliver of certainty from Federer’s psyche.

Both of their careers changed after that January. Federer, clearly, was still at the top of the mountain and went on to win four tournaments, including the French and Wimbledon, and earned $8 768110 (R67,4-million). There have been worse slumps.

But for all his stature, rivals were becoming more comfortable on the other side of the net. If Berdych could stretch him, maybe others could. Federer erased most doubts, though, with an exuberant performance to beat Andy Murray on his return to Melbourne after a few ordinary matches on the way to the final.

Then followed what he and others have described as a low-key rather than a worrying stretch: no tournament wins in five months. Robin Soderling, after 12 attempts, destroyed him on the clay of Paris. Yet even when Lleyton Hewitt beat him in Halle two weekends ago on grass — the Australian’s first success in 16 matches — believers kept the faith.

“This is really amazing for me,” Berdych said. It was just as amazing for everyone fortunate to witness one of sport’s most dramatic moments and perhaps a tidemark in the career of not only the Czech but the legend he dismantled.

“I don’t think I played poorly,” Federer said. “He went after it.” But he did play — if not poorly — without his familiar excellence.

The Swiss is often perceived as so good he does not have to fight, which is wholly inaccurate. There is calm in his soul that disguises his determination. But injury has dented his body; we will discover in the months to come if the hurt goes deeper. — Guardian News & Media 2010