‘Somalia is in the hands of al-Qaeda’ 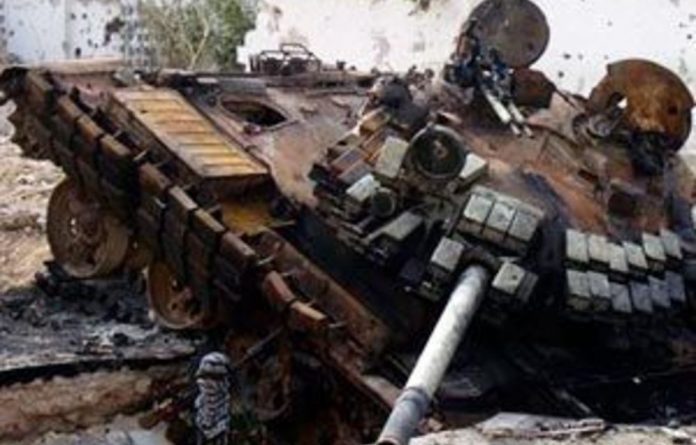 Somali President Sharif Sheikh Ahmed pleaded for help on Monday at a regional summit, as an al-Qaeda-inspired insurgency closed in on his Mogadishu palace.

“Somalia is in the hands of al-Qaeda and extremist groups. The whole issue needs urgent treatment,” he told leaders from the six-nation Inter-Governmental Authority on Development (Igad) in Addis Ababa.

“I would like to tell you that Somalia is going through its most dangerous phase in recent times and we are asking for intensified efforts in order to set up an effective military strategy,” he added.

Ethiopian Prime Minister Meles Zenawi, whose troops pulled out of Somalia in early 2009 after an ill-fated two-year intervention, called for more regional cooperation to resolve the crisis.

“The recent security situation does not augur well. This, coupled with the approaching end of the transitional period, calls for more serious work within the existing time frame,” he said in reference to the Somali transitional government’s mandate, which expires next year.

“In this regard, the Somalis, Igad, the AU and other stakeholders have to play their respective roles in a proactive manner and help reverse the trend that isn’t encouraging,” Meles added.

Sharif urged the international community to honour pledges to provide financial and military support, training of government forces and provide more help for the country’s refugees.

The hard-line Islamist al-Shabaab controls most of the country and has been locked in a military see-saw with the Western-backed government for months in the capital, Mogadishu.

About 40 people, mostly civilians, were killed in heavy clashes in the capital last week between the Islamist rebels and the AU-backed government forces.

Call for attacks
Meanwhile, the leader of al-Shabaab has called for attacks on AU peacekeeping forces after recent clashes with his fighters.

Mohamed Abdi Godane accused Ugandan and Burundian troops in the AU force of killing civilians during clashes in Mogadishu.

He urged “the Somali people to unite to fight against the enemy of Allah”, in an audio message sent late Sunday to local media and obtained by Agence France-Presse.

“We know that the people in Mogadishu were honoured with two previous victories. They won the war against the Americans and the Ethiopians, and the fight against Amisom will be the final victory by God’s will,” he added.

The US withdrew its troops from Somalia after an ill-fated mission in the early 1990s, while Ethiopia pulled out in early 2009. The AU troops, also known as Amisom, were then deployed.

“My message to the people of Uganda and Burundi is that you will be the targets of retaliation for the massacre of women, children and elderly Somalis in Mogadishu by your forces,” said the leader of the al-Qaeda-linked militia.

“You will be held responsible for the killings your ignorant leaders and your soldiers are committing in Somalia.”

The Islamists, who control southern and central Somalia, have also seized much of Mogadishu and reduced the government’s reach to just a few blocks with the protection of the AU troops. — Sapa-AFP

Paddy Harper doesn’t know who to vote for yet, since the Dagga Party isn’t contesting his ward, but right now what to order for lunch is a more pressing concern
Advertising