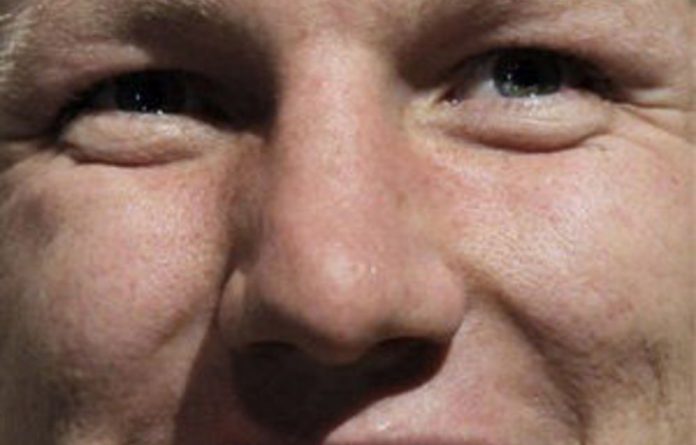 Anyone who witnessed Angela Merkel almost dancing for joy during Germany’s 4-0 weekend drubbing of Argentina could plainly see how World Cup success acts as a powerful tonic for jaded politicians. Merkel has been under withering fire at home on a number of fronts. But all that was briefly forgotten as the German nation celebrated as one. “Thanks, you heroes!” exclaimed the Bild am Sonntag newspaper.

Even if Germany go on to win the competition, Merkel may not gain lasting benefit. Coalition infighting and economic problems could negate any World Cup “bounce”. All the same, a good (or bad) showing at the premier tournament of the only truly global sport can and does have significant political consequences for the countries and leaders concerned. To some extent, this also holds true for whole continents.

Former Guardian journalist Arthur Hopcraft understood football’s universal relevance better than most. In 1968 he published The Football Man: People and Passions in Sport, regarded in some quarters as the best book on soccer. “It [football] is not a phenomenon; it is an everyday matter. There is more eccentricity in deliberately disregarding it than in devoting a life to it. It has more significance to the national character than theatre has,” Hopcraft wrote.

“It has not been ‘only a game’ for 80 years. What happens on the football field matters, not in the way that food matters but as poetry does to some people: it engages the personality … The way we play the game, organise it and reward it reflects the kind of community we are.”

Hopcraft was writing primarily about football in England. His point about community and the rewards system still resonated last week when England’s over-paid, under-performing World Cup squad traipsed home from South Africa to a chorus of boos and catcalls. It was as though the English had been shown a mirror and recoiled at what they saw. National self-esteem took similar knocks in France and Italy, whose teams also flopped.

Ridicule and a rebuke
Anxious that the failure of “Les Bleus” might reflect badly on him, France’s president, Nicolas Sarkozy, already struggling in the opinion polls, launched an official investigation into what went wrong. His intervention produced two results: widespread ridicule and exasperation — and a rebuke from football’s governing body, Fifa, which accused him of meddling in matters that did not concern him.

Fifa aims to keep sport and politics separate, a fatuous quest given the way the Olympics, for example, have been routinely exploited by governments to boost national prestige. Britain hopes to follow suit in 2012. “What we have to avoid is the use and abuse of football and sport for political purposes,” a Fifa statement said. Ironically, this is the same dishonest argument used by South Africa’s apartheid era rulers when objecting to international sporting boycotts.

Nigerian president Goodluck Jonathan was so upset at the national team’s dire performance that he threatened to ban it from future competitions, a threat rescinded this week after another row with Fifa. In contrast, Ghana’s relative success had a positive political impact. Almost the entire continent appeared to rally behind the last African side in the competition.

Lack of African coaches
Ghana’s exploits, and the team’s tragic exit, arguably did more for grassroots African unity in a few days than the African Union and the defunct Organisation of African Unity did over as period of decades. It also refocused attention on the lack of African coaches — several top teams are managed by Europeans — and under-investment in the sport and the young people who play it.

“We have the talent and desire but if we don’t encourage players there will be more setbacks,” said former Chelsea striker and world footballer of the year George Weah, who ran for president of Liberia in 2005. “We saw Ghana be the best, but the rest that came were not prepared. They were not ready. They performed poorly.” Thus has the World Cup given impetus to Africa’s good governance debate.

The early departure of Brazil and Argentina, and the national depressions, angry recriminations and finger-pointing that ensued, may alter the political calculus in both countries, where presidential elections loom. Uruguay, on the other hand, led by President José Mujica, a Tupamaros guerrilla who was once imprisoned for two years in the bottom of a well, finds itself in the international spotlight as the last standard-bearer of the Americas, north and south.

With European teams occupying the other three semi-final slots, the World Cup has again boiled down to old world versus new — to rich versus poor. “Go go Uruguay!” is a chant rarely heard in Washington DC. But there’s a first time for everything. – guardian.co.uk