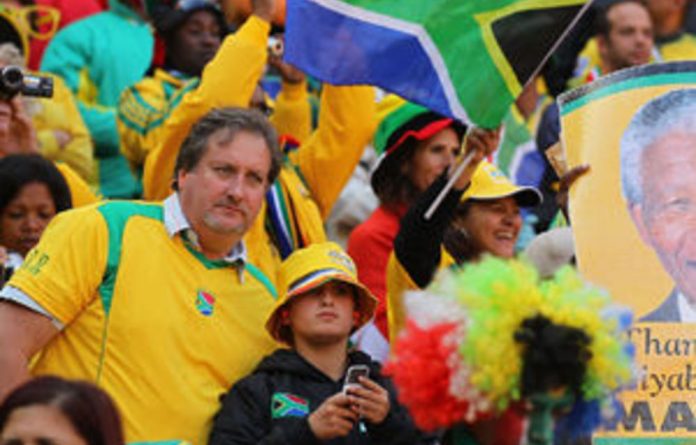 It has gone so quickly! The World Cup that has been central to our South African being for more than a decade now is at an end. In four swift weeks, it has flown by like a Formula One car, slow to get off the starting grid but then reaching record speeds ahead of the checkered flag.

For more than decade the World Cup has been a huge part of the national psyche. South Africa had been awarded the right to host the 2010 event six years before, but had narrowly lost a previous bid to Germany.

Over the last five years, as the new stadiums, infrastructure improvements and concern over the national team have become more visible and vocal so the impending World Cup almost become a benchmark by which people set their lives.

The tournament itself, over four swift weeks, seems insignificant when compared with the months, indeed years, of intense preparation but few would have forecast its resounding success.

South Africa’s build up to delivery was like a journey from night to day. Few had any belief the country would be able to fulfil its grandiose plans and the scepticism fuelled the perception the tournament would eventually be handed elsewhere, to a country more competent in its planning and execution.

That scepticism began to fade as the stadiums began to emerge, almost like mythical creatures from the dust. It has been just the last 18 months or so where the conviction of the reality of hosting the World Cup was enforced and the pessimistic mood changed to one of excitement and anticipation.

But it was never expected the Soccer World Cup in South Africa would engendered such a outpouring of nationalistic fervour, or touch as many people from the country’s many different race groups, as the last weeks have proven. It has been something of a social revolution that might perhaps have had even more dramatic resonance had the Bafana Bafana managed to get into the knockout rounds.

It was impossible for travelling foreign fans, now estimated to be over the 500 000 mark, not to have been swept away and it seems everyone has had a brilliant time and South Africa’s hosting can be claimed to be a wonderful success.

For a country with a big public relations problem, that is a huge triumph. Security issues are a major concern and crimes touches the lives of almost all citizens. The fear was that it would also touch on the many foreign guests and lead to damming affirmation of the negative perception. Instead, the sunny, carefree, hospitable disposition of the locals will be the abiding image of South Africa 2010. Even the winter weather played its part because after an initially frosty first week, the usual cold fronts have been tepid and the sun has come out.

It is a source of great pride that our stadiums have been impressive, no indeed iconic; our organisation acceptable, or weather passable. Mostly, though, we are proudest of the fact everyone seems to have had a brilliant time, revelling in the occasion and the surroundings.

There are those who have been critical of the football but even if it has not been a connoisseur’s World Cup, there have been plenty of dramatic matches.

The surprise results, like the demise of France, Italy and England, and the quarter-final elimination of Argentina and Brazil, is the fuel on which the World Cup powers its popularity. Even Japan, who had been written off as no-hopers before the start of the tournament after a series of poor warm-up results, came within a penalty kick of the last eight.

In short, it is a triumph for South Africa and already now talk is not of crime, crisis and a lack of confidence but rather the Olympics. Yes, we might do it all over again in 2020!

Low-key start to a busy season

Ajax Cape Town coach aims to retire with the title

Bafana beat Egypt with last kick of the match