Voting in a country that doesn’t exist 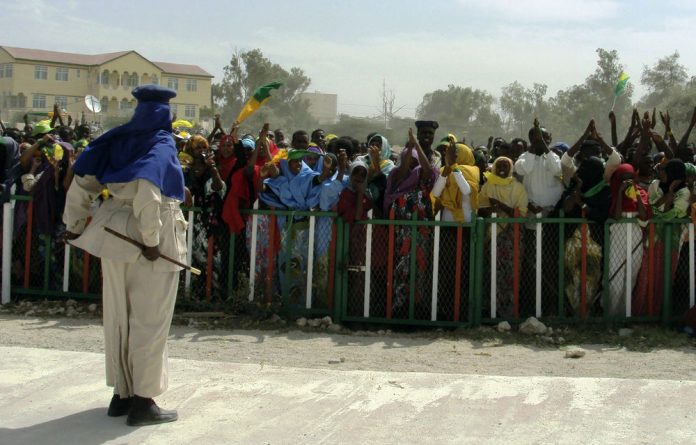 On Saturday June 26, across the length and breadth of the breakaway state of Somaliland, the rising sun revealed long lines of people snaking towards polling stations.

Many of them had walked considerable distances and queued all night to vote in presidential elections that have been delayed by almost two years. They also braved threats by separatists and by an al-Qaeda-linked terrorist group which, on the eve of polling day, issued a warning to stop people voting and described democracy as “the devil’s principle”.

Despite the threats, more than one million voters came out.

But even with the high turnout and an election that was deemed free and fair by international observers, the result will not be officially recognised beyond the country’s territorial borders. Indeed, in the eyes of the international community, Somaliland is a country that does not exist.

Somaliland, a nation the size of England and Wales, declared itself independent in 1991 after a brutal civil war and has enjoyed a level of peace and security that contrasts sharply with the lawlessness of neighbouring Somalia.

However, recent security issues and bitter disputes over voter registration caused a delay in last month’s elections that led to fears that the country’s nascent democracy might be under threat.

Polling day did see some disturbances. An attack on a polling station by separatist militia in the Puntland region left an election observer and three others dead and resulted in the closure of 34 polling stations. But the fears of attacks by the al-Qaeda-linked group, al-Shabab, did not materialise.

The election saw the defeat of President Dahir Riyale Kahin and the UCUB party, which has been in power since independence. The new president-elect, Ahmed Mohamed Silanyo, of the Kulmiye party, will be sworn in by July 26 and the country is expecting an orderly transfer of power. All parties have agreed to abide by the result and Somaliland is expected to renew its reputation as a “model” to the Horn of Africa.

“A successful free and fair election will have a huge impact on setting Somaliland on the right path to democracy, prosperity and international recognition,” said political analyst Hussein Dualeh.

Although terrorism in Somaliland remains a concern, with an increasing number of radical clerics in the country as well as a porous border with Somalia, the predominantly Sufi form of Islam practised in Somaliland does not lend itself to extremism.

However, the Sahel, stretching from the Atlantic to the Indian Ocean, is increasingly being seen as the new front line in the war on terror. But this just might present an opportunity.

With its strategically important position on the Gulf of Aden and a deep-water port in Berbera, Somaliland is positioning itself as an important ally in the war on terror. While conscious that too close a relationship with the Americans might not be popular with its population, the government also recognises the advantages that collaboration with the United States bring.

As well as qualifying the country for aid and support from international financial institutions, recognition would allow mining and oil companies access to the country’s natural resources. Large-scale extraction of oil, coal, gemstones and minerals could transform this country of 3,5-million people, 40% of whom live in extreme poverty.

Dualeh is optimistic. “I firmly believe that Somaliland stands a good chance of being recognised as a sovereign state in the next five years,” he said.

When the rains come in Hargeisa, a mass grave beside the river is exposed. Bones protrude from the red earth, some still tied at the wrist. Beside the airport road, a rusting Russian tank plastered with election posters is a reminder of Somaliland’s war-ravaged past and a symbol of hope for a democratic future. The success of the long-awaited elections offers a clue to what that future might look like.

Stefan Simanowitz
Stefan Simanowitz is media manager for Amnesty International responsible for Europe.He was freelance journalist for many years, reporting from Africa, the Middle East, Europe and Asia for numerous publications and some broadcasters.He has always been a campaigner and has worked for organisations including UNICEF, the ANC, NCVO, Citizens Advice, Liberty, ARVAC and Save the Children.
Facebook
Twitter
WhatsApp
Linkedin

Deep Read: The power of the hunger strike

Western Sahara and the tide of history

A tragedy for Western Sahara