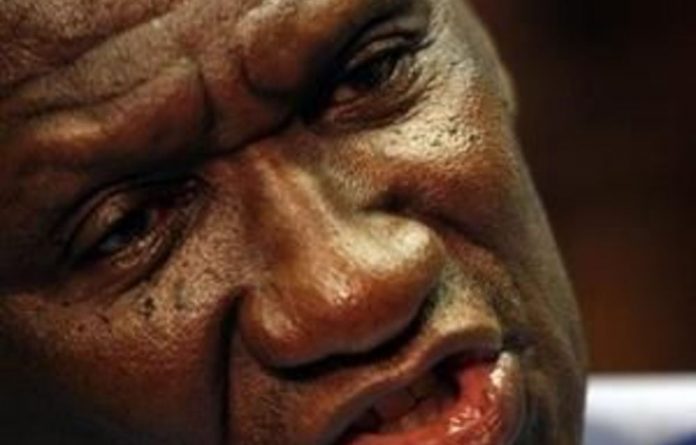 The police will keep up security in the country after the Soccer World Cup, national police commissioner General Bheki Cele said in Johannesburg on Wednesday.

While policing could not be sustained at the level it had been during the tournament, the police would maintain efforts to keep the country safe, he said at Primedia’s Star of the Star award, which Cele and Deputy Police Minister Fikile Mbalula accepted on behalf of the whole South African Police Service (SAPS).

The reward is presented to a police officer for outstanding work every month.

‘We are not going to go back [to crime levels before the tournament]. These South Africans, it is their right to be safe.

The general said SAPS men and women were “putting their heads on a block, that today will never be like yesterday and tomorrow will be definitely better than today”.

Police officers deployed in cities and townships during the event would stay there.

“That is the reason why we are trying to manage the situation in Western Cape, so you have heard of people responding there. The police are ready, because they are doing a lot of jobs in the Western Cape at the moment, including 14 people who have been arrested.”

On Sunday night a number of foreign-owned spaza and container shops in Cape Town and surrounding towns were burned and looted.

Cele said the situation in that province was not caused by xenophobia, but by youth hiding behind xenophobia to commit crime.

“That is a new trend that is happening.”.

‘Rubbished’
Cele said South Africa was “rubbished” in the rest of the world ahead of the tournament, and the police’s World Cup team literally had to live on an airplane to stop the anti-South African sentiment caused by perceptions of high violent crime levels.

“We started in Zurich, where we spoke to all countries that were going to participate, with their security there. You could see that these people were not listening to you. Everything that you were saying to them, they were telling you that ‘you are mad, we’re not going there’.”

The team managed to allay security fears only after a presentation to Interpol.

“Then Ventersdorp happened, and we had to start afresh,” he said, referring to the murder of right-wing leader Eugene Terre’blanche in the town in April.

Praise
Cele praised ordinary policemen and -women for their commitment during the tournament. He said police took over security at the game between North Korea and Brazil at Ellis Park only three hours before the match, after security guards went on strike.

“If you didn’t know [about it], you would not know that something major had happened three hours before the match started.”

He said police students were brought in from colleges and they sat watching the crowd throughout the match.

“Some of them [at a game in Cape Town] were seated seven hours before the match start, and four hours after the match had finished. It was cold. It was raining. They had not prepared for that particular thing, and nobody complained.”

Cele said he suffered through every minute of a World Cup match, praying nothing major would happen.

“I didn’t feel good, because I was there, wondering if there was going to be any announcement of ill happening around the match.”

He did not want to give details of incidents during the World Cup, as Police Minister Nathi Mthethwa was expected to brief the media on it on Thursday.

The police management would meet at the end of the month in Mpumalanga to plan the way forward after the soccer tournament. — Sapa