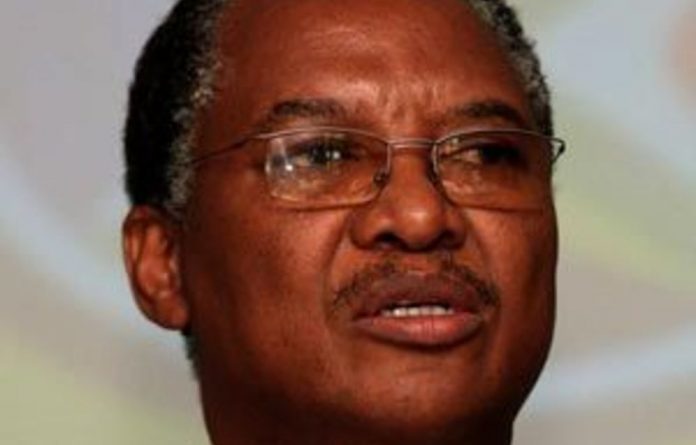 Congress of the People’s (Cope) Mvume Dandala formally resigned as its parliamentary leader and as an MP with immediate effect on Thursday.

“I find it very sad that the struggles for leadership within Cope have deteriorated to a point where divisions are so great that they threaten the continued existence of the party,” he told a media briefing.

Most distressing was that while the divisions continued, Cope was letting down the more than one million people who voted for it because they believed Cope had the potential to be a real alternative to “the massively flawed ANC”.

“As I resign from these positions, I call on the members of Cope to rise to the challenge to rescue this party and put it firmly on the path to reclaim its original purpose,” Dandala said.

He had not resigned from the party itself, and over the next few weeks would reflect on his next steps in continuing to contribute to building a vibrant democracy in a country where poverty could be defeated and rich resources used to improve people’s lives.

“Instead of helping to make Cope a real champion of the people, we as leaders have made Cope no better than that which it sought to oppose.”

“We have allowed this to be. The tawdry battle for leadership has undermined everything that more than a million South Africans who voted for us wanted us to achieve,” he said.

While there had been many calls for him not to resign, he had chosen to do so because these fights affected the performance of Cope’s parliamentary team, and its ability to make Cope an effective opposition and present itself as an alternative government.

“They weaken the party and cause division where common purpose is vital. And this is not going to improve until these squabbles are put behind us. I have not resigned from the party because I see it as my duty as a member to be around to help rebuild Cope,” he said.

Cope was in very real danger of disappearing into two separate parties, neither of which would be able to carry out the mandate the people gave it — to create an opposition party that could be trusted to assume the mantle of power, take over from the ANC, and install a clean government.

“Hopefully it is not too late to save Cope. I will endeavour to help mobilise and encourage Cope’s ordinary members not to give up, but to use party structures to build an organisation that will emerge with strong ethical values and a refusal to let personal loyalties jeopardise the future of South Africa,” Dandala said. — Sapa

The state is expected to request a 16 week-long trial, as delays stymie progress in the saga.
Advertising