Why Zuma’s top aide is leaving 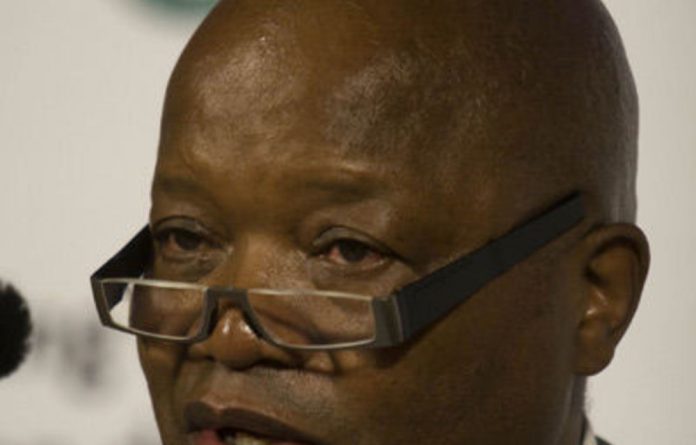 It is becoming an old and rather monotonous story. Someone resigns from the presidency. Presidential aide Lakela Kaunda gets blamed. Kaunda denies it. And then life goes on, until the next resignation.

Previously the resignations have been those on Kaunda’s level as deputy director general (for instance, chief operations officer Jessie Duarte) or beneath her (presidential spokesperson Vincent Magwenya). The next one that is anticipated is the most senior administrative official in government, the director general in the presidency, Vusi Mavimbela.

And the reasons for Mavimbela’s imminent departure may be the same as everyone else’s but the way they reflect on Zuma makes it more chilling.

Mavimbela, as former spy boss and presidential adviser, is no stranger to government. With his wealth of experience and access to privileged information he was adamant to implement plans to make the presidency run like clockwork as an example of how government can do its job.

But insiders say Kaunda would overrule him — brief ministers and DGs about the president’s demands without consulting him or not include him in processes which he should be leading.

Eventually senior government officials started to wonder out loud whether he has any real say in the presidency.

No final decision
When the Mail & Guardian asked Kaunda extensive questions about her leadership in the presidency last week she referred them to Zuma’s spokesperson Zizi Kodwa.

Kodwa on Thursday did not want to comment on Mavimbela’s situation, because a final decision on his future had not yet been made, although those around Mavimbela says he is negotiating a plum diplomatic posting that would suit his status in government.

Presidency staffers who are close to Zuma say it is simple: The president could not, after a year, trust his director general as much as he should. And no president would keep someone on whose loyalty he doubts.

Mavimbela’s spy background and his former job at Mvelaphanda cast doubt on him. Is he fuelling a campaign for human settlements minister Tokyo Sexwale, rumoured to have presidential aspirations? Will he use priviledged information to undermine Zuma’s bid for a second term as president? Does he still carry a torch for his former boss, former president Thabo Mbeki? Zuma couldn’t figure it out and therefore decided it was best to let him go.

Another set of presidency officials have a different view: he decided to jump out of frustration.

Said one: “If Zuma had a problem with his Mvelaphanda links, why did he hire Mavimbela in the first place for such a strategically important position?”

No one seems to know the answer.

What everyone does know is that Zuma is not comfortable in a meeting unless Kaunda is there. Some say it is for the president to be secure in the knowledge that someone “has his back”, while others believe that she is simply the most effective administrator he has.
But Kaunda’s relations with colleagues aside, what is of real importance is how Zuma’s manages these relations to ensure an effective administration.

Although the director general is on his way out, the tensions will not leave with him. Some insiders already talk of a fight brewing in the legal services department because Kaunda instructed junior officials without going through the necessary bureaucratic processes — which may be cumbersome but are important in the running of the organisation.

Zuma cannot ‘be above it all’
And when things come to a head, as they did with Mavimbela, Zuma cannot, as his aides say, “be above it all” and leave these issues to sort themselves out.

He needs to take the time to ring fence duties and responsibilities, and hold those people to account. And he must ensure that in all this, loyalty does not trump competence.