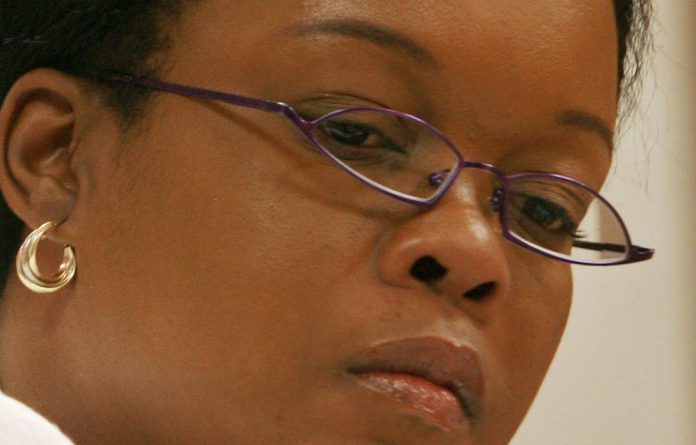 “We have observed that there is a battle of power that is hampering progress between the director general Mamodupi Mohlala and the Minister of Communications,” the union said in a statement on Friday.

It also noted “with serious sadness” that the DG was “perpetually taking unilateral decisions without consulting the collective of the department”.

“We are faced with serious challenges in this sector where we need serious intervention from this department.”

The CWU also requested the committee to put together an independent investigation to get to the bottom of the allegations “as reported in the media”.

On Thursday, Nyanda rejected a report he was suspending Mohlala as “false, spurious and malicious”.

Nyanda had noted a newspaper report suggesting he was about to suspend Mohlala, following alleged disagreements over the issuing of tenders by the department and other matters, his spokesperson Tiyani Rikhotso said.

“Minister Nyanda dismisses the allegations contained in the report as false, spurious and malicious.”

The minister exercised political oversight over the department and gave it policy direction in line with his statutory and constitutional mandate.

He was not involved in issuing or adjudication tenders, which were the responsibility of the department’s management.

Nyanda would not address the department’s administration and human resources issues through the media. This position was in deference to his staff, including Mohlala.

“The minister is dealing with issues that are impacting the management of the department internally and according to the applicable laws, regulations and public service policies,” Rikhotso said.

Business Day reported on Thursday that Nyanda was expected to suspend Mohlala following repeated disagreements over tenders she refused to sign.

Democratic Alliance spokesperson Niekie van den Berg said this latest incident was just another in a long list of tender scandals Nyanda had been embroiled in.

It had now become necessary that all tenders involving companies linked to the minister be investigated to determine whether there were any other irregularities in their awarding.

“It is at the very least highly suspicious that the minister seems to want to remove the key obstacle to his handling his department and its finances in its entirety,” he said. –Sapa