High-flying minister was not alone 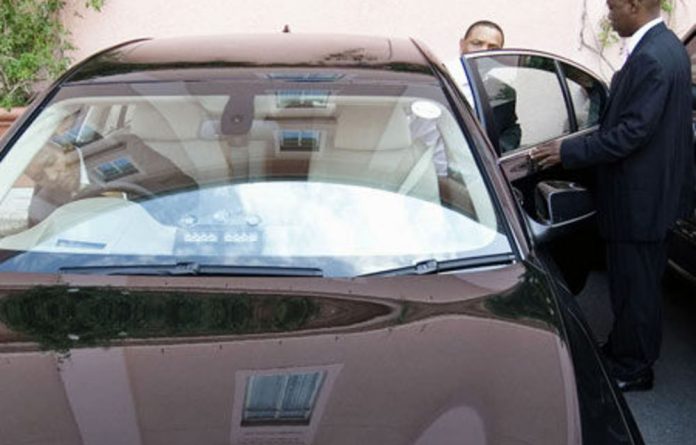 While Siphiwe Nyanda, the communications minister, was living a five-star life at Cape Town’s top hotels courtesy of the taxpayer, his deputy minister and director general were following his lavish example.

After a recent Mail & Guardian exposé, Nyanda admitted to Parliament that he had spent R500 000 on five-star hotels between April 2009 and March this year.

Now it has emerged that Dina Pule, the deputy minister, and Mamodupi Mohlala, the director general, followed suit. Documents in the possession of the M&G show that Pule and Mohlala have also been staying in five-star hotels while working in the Mother City.

Pule has been staying in them since May as she has not yet been provided with ministerial accommodation in Cape Town. She also stayed in five-star hotels in Pretoria for several months last year until she was provided with accommodation by the department of public works.

The M&G has invoices that reveal that Mohlala was staying in five-star hotels in Cape Town from September to March this year when on business.

The official line is that the department of public works was slow to provide these high-flyers with government accommodation. By the time of going to press, the department had not responded to the M&G‘s questions.

Tiyani Rikhotso, the spokesperson for the communications ministry, said that government officials who had not been allocated accommodation were eligible for a daily subsistence and travel allowance.

While dining alone during his stay at the five-star Mount Nelson hotel in September last year, Nyanda did not stint on life’s finer pleasures, invoices reveal. The minister’s meal on September 8 last year at the hotel’s acclaimed Cape Colony Restaurant started with oysters, followed by a main course of springbok loin and was washed down with a bottle of mineral water and two glasses of Bordeaux-style red Meerlust Rubicon. The wine cost R330 and the meal for one took the bill to R700, tip included.

Two days later, Nyanda dropped in at the Planet Champagne bar at the Mount Nelson, where he ordered two glasses of the finest Hennessey French cognac, which cost the taxpayer R330.

Dining with two guests while staying at the five-star Twelve Apostles hotel in November last year, Nyanda ordered a bottle of Stellenbosch’s celebrated Rust en Vrede estate wine for R725, pushing the bill up to R1 660.

In March the M&G reported that Nyanda had not spent a single night in his ministerial residence in Cape Town since taking office in May last year. Instead he used luxury rooms of the Mount Nelson and the Twelve Apostles at a minimum cost of R4 000 a night.

The public works department confirmed at the time that Nyanda had not moved in to his ministerial residence because of a delay in the delivery of new furniture. The department subsequently refused to answer the M&G‘s questions but it responded to questions from Cope MP Juli Kilian. The new furniture cost more than R300 000, it said, and it had since been delivered to Nyanda’s residence.

This is the double-storey Hooggelegen in sought-after upper Claremont. The department said it had needed new furniture because the house was sparsely furnished.

In Nyanda’s admission in Parliament that he had spent more than R500 000 on Cape Town hotels from April 2009 to March 2010, he said he could not reconcile the costs of staff and bodyguards at the hotels because the department had recently changed travel agents.

Nyanda was among the ministers who hit headlines last year for buying “bling” cars. His ministerial wheels were two new BMWs worth about R1,1-million each.

Hotels such as the five-star Cape Grace at the Victoria & Alfred Waterfront in Cape Town and the Sheraton in Pretoria have been among those meeting Pule’s lifestyle ­requirements.

But invoices reveal her hotel meals were modest and she frequently ordered room service, dining alone in her room.

Whereas Nyanda and Mohlala both have family homes in Pretoria, Pule’s family residence is in Nelspruit.

Pule had now been allocated an official residence in Pretoria, where she currently resides, Rikhotso said. But public works has still not allocated a Cape Town house to her, he said.

Thirty-six-year-old Mohlala apparently jets into Cape Town most weeks on business and has been staying at five-star Cape Town hotels such as the Cape Grace and the Radisson Blu, which has breathtaking Atlantic sea views.

Rikhotso said she had used hotels because a house had not been allocated to her by the public works department. “She has however since been allocated an official residence in Cape Town,” he said.

But the M&G has correspondence showing that Mohlala is unhappy with this residence. A letter written by communications chief director Mlindi Kgamedi to public works official Kedi Sekwele explains why Mohlala wanted to be reimbursed R7 000 for a two-night stay at the Cape Grace hotel in March this year.

Kgamedi wrote that Mohlala could not stay in the flat because:

The high-flying director general drives a flashy blue BMW 6-series that she owned when she was appointed. Sources close to her claimed she often reserved three official parking places for her vehicle so it would not get scratched.

Well-placed sources said that Mohlala was driven by a chauffeur paid by the communications department. This was not commonly done for other directors general, the sources said.

This article was co-produced by amaBhungane, investigators of the M&G Centre for Investigative Journalism, a nonprofit initiative to enhance capacity for investigative journalism in the public interest. www.amabhungane.co.za.