It’s all about the romance 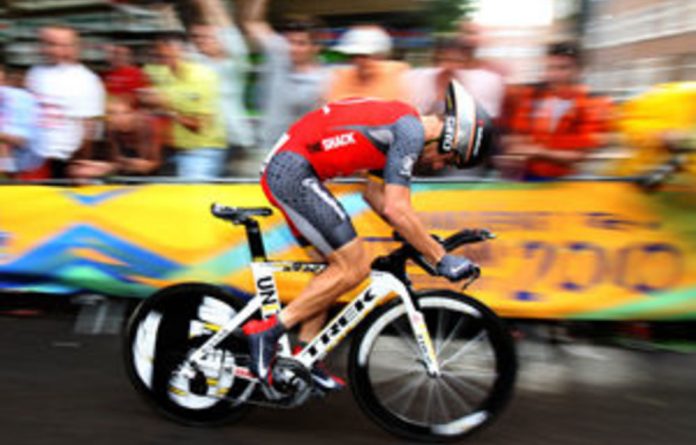 Falling off at the foot of the Col de La Ramaz on Sunday cannot have been pleasant for Lance Armstrong. Hitting the deck at that speed never is. And the crash effectively ended Armstrong’s chances of winning the Tour de France for an eighth time, or of managing one last visit to the podium. But every cloud has a silver lining. That crash and the 50 torrid kilometres that followed it could mark a turning point in Armstrong’s relationship with the French cycling public.

When Armstrong announced his comeback in 2008 he had unfinished business. His return to cycling was not merely about publicising his cancer work; he didn’t need to pin a number on his back to do that. There was a sense across cycling that he wanted to ensure that when he retired for a second time he would leave people with sentiments that were rather different: “how our sport misses him” rather than “what a relief he’s gone”.

“Return of cycling’s greatest comeback man” has not gone to script.

Last year Armstrong earned few friends as the saga with Alberto Contador unfolded amid a welter of catty Twitter messages. This year Floyd Landis’s email barrage and the ensuing federal inquiry have thickened the plot again. But bizarrely, if Armstrong plays his cards right in the next few days, he could leave the sport as he would wish to.

The Texan has crashed more times this year than in all his seven victorious Tours put together. He has lost oodles of time (a technical term). When he climbs, his legs now rotate at the speed of a windmill rather than an electric whisk. Let’s not say it too loudly, but he looks old. He looks human, vulnerable. And that’s the point. Human is what the French public has always liked.
For more than 40 years, the French have tended to prefer unlucky cyclists with a human side to efficient winners who sweep all before them. That dates back to the days of Raymond Poulidor, the most popular figure on the Tour de France.

Poulidor, famously, never wore the yellow jersey, but in the race for the hearts of the public he outstripped the more clinical Jacques Anquetil, who won the Tour five times.

It was the same with Eddy Merckx, the same with Miguel Indurain and it has been the same with Armstrong since his first Tour win in 1999. There have been doubts about the Texan’s alleged use of banned drugs — always hotly denied and never proved — leading to shouts of “dopé” from the roadside. But the claims against him were not at the root of the French public’s lack of love for Lance.

Nor was it due to the way he bullied Filippo Simeoni out of a possible stage win in 2004. It wasn’t even the fact that he jokingly called the French football team “assholes” in 2006 (after recent events that might even strike a chord with the homme dans la rue). By then the damage had been done and it boiled down to one thing: he was simply too successful, too dominant.

Apart from the 2003 Tour, where he struggled due to the heat and a crash, all his victories were surgical strikes rather than guerrilla warfare. It was powerfully, efficiently, meticulously done but once admiration for his return from life-threatening cancer had faded, it all lacked romance. And romance in cycling means one thing: having a horrible time on the bike but smiling as it happens.

So here is what Armstrong has to do in the next few days. Work selflessly for Levi Leipheimer. Ferry a few bottles up and down the bunch for the television cameras. Attempt the odd coup de panache worthy of an ageing champion. Smile for the photographers, if possible dandling his son on his knee, or, if no child of his own is available, someone else’s. — Guardian News & Media 2010