Starting our soccer from scratch 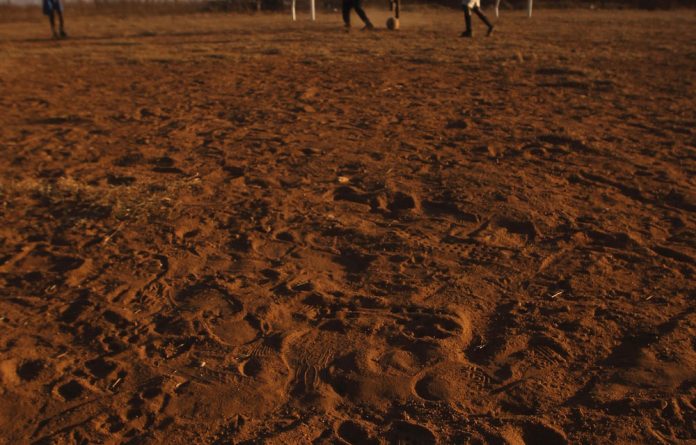 As the four-week carnival of the Fifa World Cup recedes into memory, we examine two areas where the tournament could have lasting beneficial effects: local football development and transport infrastructure

The stadiums were ready, as were the welcomes. But if there was one aspect of South Africa’s hosting of the 2010 World Cup where the country was caught with its pants down, it was patently ­- and painfully — the one the nation cared most about: the state of readiness of Bafana Bafana.

Football analysts agree that Bafana coach Carlos Alberto Parreira — despite his tactical obduracy — got the best from his players. But there was also consensus among former players, Bafana coaches and football journalists that the Brazilian had a very small pool of players from which to choose his final 23-man World Cup squad. And this is because of a lack of football development in the country. South Africa had rocked up at its coming-out ball wearing little more than a jockstrap.

The former Barcelona midfielder and assistant coach of the Dutch World Cup finalists in 2010, Phillip Cocu, said he was surprised that a country of South Africa’s economic stature did not have a better equipped development system.

“It’s extremely important,” said Cocu. “In Holland all the professional clubs have youth academies and the style of play that you see in the national team and in the top teams starts when players are six or seven years old. When they are 17 and 18 years old it’s easier to adapt [to playing professionally]. You only have to increase the level — but the style of playing is almost always there.”

Parreira has complained repeatedly about South Africa “lacking a football identity, a face”. And this is because the South African Football Association (Safa) largely ignored development in the six-year build-up to the World Cup.

Former Bafana coach Clive Barker, who won the country’s only international trophy, the 1996 Africa Cup of Nations, believes the malaise of underdevelopment in local football has existed since those halcyon days. “Everybody sat on their backsides after we dominated Africa at the first time of asking.”

Safa’s lethargy becomes more of an indictment in the light of Barker’s observation, in his post-Africa Nations Cup report to the association, that he had suggested the formation of a national under-17 youth league to run concurrently with PSL matches.

It is a request that almost every Bafana coach, including Parreira, has made to Safa — to no avail.

Said Barker: “We thought we’d done it, but what we needed was development of the game at grassroots level to continue our success. It didn’t happen — Safa didn’t turn up and it was a lost opportunity. We mustn’t lose this opportunity again.”

The opportunity is now bigger than ever. There is renewed interest in football because of the World Cup and the immediacy of stars like Spain’s Andreas Iniesta and Argentina’s Leo Messi playing on local pitches.

There is also the not insignificant matter of World Cup ticket revenue flowing into Safa coffers. Initial figures were estimated at R4billion, accrued from ticket sales. According to local organising committee spokesperson Rich Mkhondo, the figure will be closer to just over R700million once expenses and claims have been deducted.

“Although final figures are still being tallied, the organising committee expects between $70million and $100million will accrue from ticket sales. How the money will be used will be determined by our parent company, Safa,” said Mkhondo.

Safa president Kirsten Nematandani has already intimated that a substantial portion of the money will be channelled into development. Its vice-president, Chief Mwelo Nonkonyana, said the organisation wanted to “strengthen the league structures to include national junior leagues and a reserve team league for PSL sides”.

However, Safa’s Cape Town president, Norman Arendse, is scathing about the “top-down” funding model for football, which concentrates funding on elite teams such as Bafana, and has called the R250 000 annual grants handed out by Safa to each of its 52 regions “paltry”. He said football’s post-World Cup focus “must be on development and infrastructure”.

But there is another potential stumbling block. Members of the previous Safa administration, led by current PSL chairperson Irvin Khoza, are accused of ignoring development and being preoccupied with lining their own pockets. The concern now is that the current regime — close to LOC chief executive Danny Jordaan — may be increasingly debilitated by the political intrigues at Safa House.

Khoza and the PSL have yet to recognise the new Safa leadership, installed in September last year, and have vowed to “seek legal advice on whether the Safa elections were conducted in accordance with the Safa constitution”. There is also talk that Khoza is likely to launch a post-World Cup fightback for control of the association once the World Cup dust has settled. Jordaan recently accused the Mail & Guardian of being a pawn in this “dirty war” after the newspaper approached him for comment about a possible conflict of interest in a contract Match Events Services awarded to his brother, Andrew.

He was quoted as saying: “I know about the war he [Khoza] said was coming after the World Cup. This campaign is against me and how I cannot run or handle this event [the World Cup].”

As the impending clash gains momentum, Safa leaders have moved swiftly to stifle any attempt to unseat them.

Nematandani and chief executive Leslie Sedibe confirmed that a commission of inquiry had been set up to investigate the reported attempts to oust the executive.

The coup probe follows hard on the heels of the purging of most Khoza loyalists in Safa structures, including former chief executive and key ally Raymond Hack. Safa vice-president Nonkonyana said Nematandani is likely to announce that the commission will start work soon, as the terms of reference have been confirmed.

Safa is, however, keen to trumpet its plans for the future. The association’s newly appointed technical director, Serame Letsoaka, believes that development failings have less to do with the association than with “the death of soccer in schools”.

To this end, Safa is looking to “synergise junior [level soccer] and soccer played at schools” and expand the sport’s reach to ensure that coaching and talent identification take place, particularly in rural areas, said Letsoaka.

According to Safa figures, more than 4.4million people play football in the country, while only 1,4-million are registered players.

But local junior coaches such as Lindsay Daniels, chairperson of BlueGum United Football Club on the Cape Flats — where organised football has thrived for decades — are critical of expanding football to the detriment of ensuring quality in existing structures. “We need more money from Safa to continue producing footballers. Football doesn’t attract sponsorship at this level and the club administrators are always having to take money from their own pockets to pay for transport to tournaments and equipment,” said Daniels, whose club has produced players like Wits University’s Marawaan Bantam.

There is also a severe shortage of trained coaches with the requisite skills in developing young talent. A total of 5 255 coaches earned the basic introductory-level certificates through Safa between 1997 and June 2009 and, according to Letsoaka, the majority of them are not working.

“Most coaches come through the system and get their various qualifications, but wait around for a paying job, so they’re not in the system,” he said.

Letsoaka said the aim is to broaden the coach base by having Safa dovetail with the departments of education and sport to target schools. Learners, teachers and enthusiastic parents could be accessed through the “Train a Trainer” programme, while more children could be brought into the sport through weekend soccer festivals aimed at juniors in the six to 12 age group.

These could be supplemented by provincial academies based at currently dormant teacher training colleges around the country, which Safa hopes to set up by the beginning of 2012.

Letsoaka said that there would also be greater synergy between the country’s representative teams at national and age-group levels and the academies to ensure that potential player weaknesses could be remedied through development.

“We want to use technology like video analysis and information technology to ensure that if we review matches and feel there is a need for a certain type of player we can grow them through the academies.

“We don’t want the situation we had before the World Cup, where we were scratching around for a striker,” said Letsoaka.

He said that, with partnerships between corporate sponsors, the government and Safa, the football association would have to spend about R10million a year to get these programmes up and running.

New ASA board aims to claw back credibility

Commonwealth Games on a knife-edge

Chuene vs Sascoc will run and run

Stand by for a scorching PSL