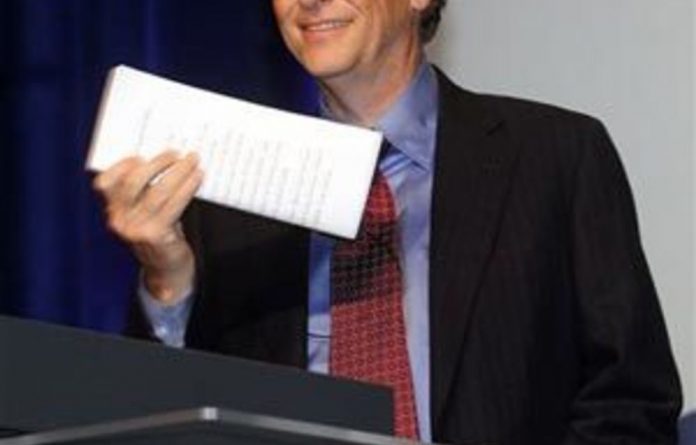 Chanting slogans and toyi-toying, activists marched through the conference centre before taking over the main stage, raising signs that read “Broken Promises Kill” and “No Retreat” in front of distinguished guests, including South African Deputy President Kgalema Motlanthe. More than 25 000 delegates are expected to attend the biennial conference.

The action demonstrates what promises to be the central issue at the Vienna conference: so-called flat-lined rather than scaled-up funding. In response to high death rates, a rampant pandemic and intensified activism, a large influx of funds and attention were given to HIV/Aids in the last decade, including the creation of the Global Fund to Fight Aids, TB and Malaria — now the world’s largest multilateral health funder — and a commitment by global leaders to achieve universal access to treatment by 2010. The universal access pledge, made in 2005, meant to see 80% of those in need of antiretroviral therapy (ART) receiving it by this year. Currently, only one-third of those in need have access.

But conference delegates and speakers warn that instead of being the year of universal access, 2010 is experiencing unprecedented small commitments from global leaders and funders. According to UNAids executive director Michele Sidibe, “for the first time in 10 years we are experiencing a reduction in donor commitment”.

Concern
Of main concern is the replenishment of the Global Fund, which is currently responsible for more than 50% of treatment programmes in Africa and 75% of those in Asia. In order to continue to scale-up treatment in line with universal access and many of the Millennium Development Goals, the fund is expected to need $17-billion to $20-billion over the next three years. Many major donors, including the United States, Canada and most European countries, have already publicly or privately stated that reaching such a figure will be impossible, citing the global economic recession and other health needs as reasons for limited funding.

But according to Julio Montaner, president of the International Aids Society, “we were falling behind [universal access targets] way before the fiscal crisis was happening. These same leaders had absolutely no problem finding money to bail out their corporate friends, the greedy Wall Street banks —When it comes to universal access, we are choosing to ignore it. This is not acceptable.”

Former US president Bill Clinton, delivering his keynote address on Monday, slammed arguments that money needed to be taken from HIV programmes to fund maternal and child health programmes. “This is a false choice,” he said.

Many funders have already flat-lined programmes, meaning they are only provided sustained funding rather than increasing scale-up as pledged.

According to Matthew Kavanagh of Health Gap, a US-based NGO, even flat-lining will actually result in a reduction in the amount of money available for HIV treatment and prevention, as donations often do not meet the annual rate of inflation. US President Barack Obama’s promise to scale-up the President’s Emergency Plan for HIV/Aids Relief (Pepfar) funding by 2% for 2011 will not meet the expected 7% to 10% inflation rate for the Africa region.

Vuyiseka Dubula of the Treatment Action Campaign donned a green felt cap when introducing Bill Gates at a session on Monday, asking him to help support a push for a small tax on large financial transactions, which would be then used for HIV-prevention and treatment programmes. Clinton encouraged more effective spending, increased crackdown on corruption and greater accountability by recipient governments. He also encouraged a move towards private and individual funding to reduce the burden placed on foundations and donor governments.

Funding shortfalls come as an increasing number of scientists encourage increased access to treatment as a promising form of prevention, given that those on ART are significantly less infectious than those who are not. A study recently published in the Lancet medical journal demonstrated that ART use reduced transmission rates by more than 90% within serodiscordant couples — partnerships with one HIV-positive and one HIV-negative person.

This study supports the so-called “treatment as prevention” approach, in which increased access to treatment could significantly reduce overall transmission rates and therefore the burden of HIV in individual communities and worldwide.

Advocates claim that these scientific breakthroughs have to be matched by policy changes.

“We’ve always had to fight in order to tackle the HIV response based upon evidence. Previously, we’ve fought against ideological policy decisions. Today, we’re seeing another failure in light of not recognising the scientific evidence to scale-up treatment,” said Kavanagh.

“There’s a sense of optimism when you speak to scientists,” he continues. “But that same optimism isn’t being spoken by policy makers. We have to reconcile that.”