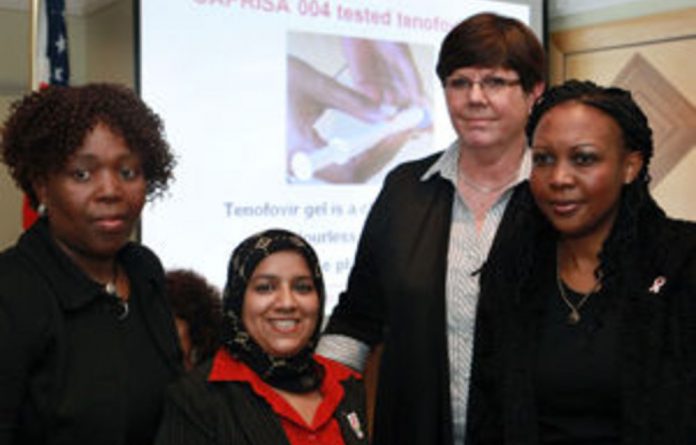 South Africa is considering rolling out use of a vaginal gel which can protect women against HIV during sex before it is officially licensed by drug regulators, Health Minister Aaron Motsoaledi said on Tuesday.

Speaking at an international Aids conference in Vienna, Motsoaledi said the need was so great for effective HIV prevention measures in his country — where an estimated 1 000 people die from Aids-related illnesses each day — that his ministry was keen to act on early evidence of the gel’s success.

“We are very interested in it. We believe in an evidence-based approach and if scientists say this thing is going to work, then we will definitely be looking at it,” Motsoaledi told Reuters when asked if his government was planning to move ahead with the gel before it is licensed.

“So far, evidence is showing that it is … very promising.”

Researchers said on Monday that the gel, which is known as a microbicide and contains a prescription drug from US drugmaker Gilead Sciences, can sharply reduce HIV infections in women who use it before and after sex.

Breakthrough finding
The findings caused great excitement among the 20 000 scientists, activists and HIV positive people gathered for a biennial international conference on Aids in Vienna.

“We are all very excited by the results,” Anthony Fauci, director of the US National Institute of Allergy and Infectious Diseases (Niaid), told a press conference.

“This is the first time that there has been an unequivocally significant demonstration of the ability to block [HIV] acquisition in women by a microbicide.”

Further scrutiny is needed of the microbicide’s safety and effectiveness before it can be released to the public, experts cautioned.

Questions remain about whether the protection is high enough or whether the formula should be finetuned, and how the product would be used in real life rather than in test conditions.

But if these obstacles are overcome, a weapon of mighty proportions could emerge in the fight against HIV/Aids, they said.

The World Health Organisation (WHO) and the United Nations Aids group UNAids described the trial as ground-breaking and WHO director Margaret Chan said she would work to speed up access to the product if further results show it is safe and effective.

Cheap and easy
While there is no actual product available yet, researchers who led the study, which was funded by the South African government and USaid, said making the gel and the applicators needed to apply it is likely to be relatively cheap and easy.

Anthony Fauci, of the US National Institute of Allergy and Infectious Diseases, one of the world’s most respected scientific experts on HIV, said countries with the greatest need should be able to move forward with using new HIV/Aids medicines without having to wait for regulators such as the US Food and Drug Administration to license them.

He also said he could see no reason why the US Presidential Aids campaign fund, Pepfar, would not be free to decide to pay for such a gel for the use in developing countries even before it gets approval from drugs regulators.

“Judgments will have to be made by individual nations based on their need for such an approach as to how they will use the [trial] data to utilise the product,” he told a reporters.

“And I don’t necessarily think that there has to be a direct link between something that is approved by the FDA and something that Pepfar will pay for.”

Results of the South African trial, which involved 889 women, showed the gel reduced HIV infections in women by 39% over two and a half years — the first time such an approach has protected against sexual transmission of the virus.

Researchers are already working on another trial larger which will involve 5 000 women in South Africa, Malawi, Uganda and Zimbabwe, to further test the gel’s safety and efficacy. — Reuters, AFP