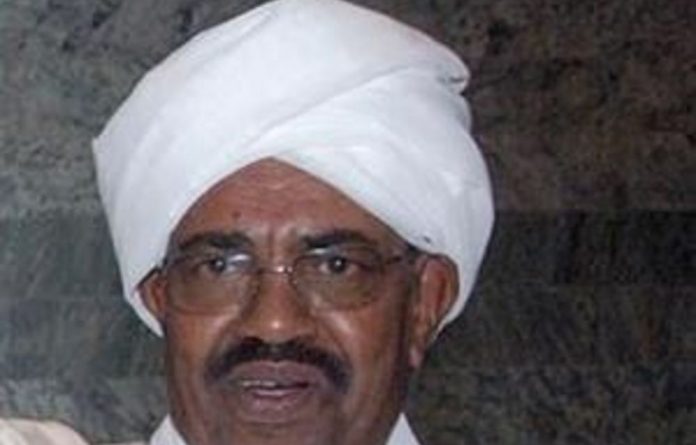 Sudanese President Omar Hassan al-Bashir arrived in Chad on Wednesday, his first visit to a full member state of the International Criminal Court (ICC), which is demanding his arrest for genocide.

The ICC said that as a member state Chad was obliged to arrest al-Bashir, but Chad said after al-Bashir’s arrival it was under no obligation to do so and al-Bashir would return home safely after attending a summit it was hosting.

Al-Bashir was indicted by the ICC last year for war crimes and crimes against in Darfur last year. This month the court added genocide to the charges, accusing him of presiding over rape, torture and murder in the remote west of Sudan.

Al-Bashir was greeted by Chadian President Idriss Déby Itno on his first trip abroad since the genocide warrant.

“We are not obliged to arrest Omar Hassan al-Bashir,” Ahmat Mahamat Bachir, Chad’s interior and security minister, told Reuters. “Al-Bashir is a sitting president. I have never seen a sitting president arrested on his travels by the host country.”

“[Al-Bashir] came for the [Sahel-Saharan states summit] and he will return home safe and sound,” the Chadian minister added.

Since his initial indictment, al-Bashir has made several trips abroad in defiance of the court. But this was the first to a member of the ICC, which said Chad was obliged to arrest him.

“The main element concerning Chad and all other member states is to implement judges’ decisions and cooperate with a request for arrest,” ICC representative Fadi El Abdallah said in The Hague as al-Bashir touched down in Ndjamena.

The African Union has urged its members not to seize al-Bashir and relations have warmed between Chad and Sudan after years of fighting a proxy war through each other’s rebels.

Amnesty International also called on Chad not to shield al-Bashir and said the visit was an opportunity for justice.

The ICC has no police force and relies on member states to arrest fugitives. A successful visit to a full ICC member state just days after the genocide warrant would be a propaganda triumph for al-Bashir over the court and expose its weaknesses.

A junior minister and a Darfur militia leader are also wanted by the court but Khartoum has refused to hand them over. Three Darfur rebels have surrendered to The Hague-based court.

Khartoum signed the Rome Statute, which formed the ICC, but never ratified the treaty and refuses to recognise its authority. The African Union has accused the court of targeting the continent and recommended Africa not cooperate with the ICC.

Relations between Chad and Sudan have been tumultuous since Darfur rebels, many of whom belong to Déby’s Zaghawa tribe, took up arms in 2003 accusing Khartoum of neglecting the arid region.

But this year the neighbours signed an agreement to stop supporting each others’ insurgents, jointly patrol the long and porous border and reopen diplomatic relations. Al-Bashir supported Déby’s 1990 coup to take power.

“If there was 1% of a doubt about Débal-y we would never let Bashir go,” one source in Sudan’s Presidency said before al-Bashir’s departure for the summit Chad is hosting.

Sudan expelled two of the most prominent Chadian rebel leaders, Mahamat Nouri and Timan Erdimi, on Tuesday, seen as a final concession to cement good relations ahead of the visit. — Reuters