‘We can’t fight this alone’ 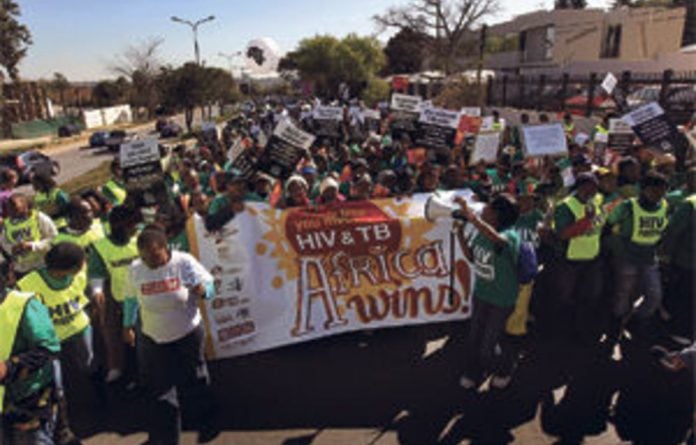 Next week researchers, policymakers and advocacy groups will converge on Vienna for the 18th International Aids Conference and once again all eyes will be on South Africa, a country with the highest Aids burden in the world and one that until recently has been the pariah of the Aids community. But times have changed.

This time the organisers have invited Health Minister Aaron Motsoaledi to speak at a plenary session on scaling up universal access to treatment and prevention. Motsoaledi spoke to the Mail & Guardian about South Africa’s role at the event.

Many in attendance will remember previous conferences in which former health minister Manto Tshabalala-Msimang evoked the ire of Aids activists with verbal attacks on renowned Aids researchers at one conference and a garlic and beetroot display at another. At one point the country was dressed down by a top United Nations official for its obtuse and negligent approach to rolling out treatment.

Since then the country has gone to great lengths to turn around its Aids strategy. On World Aids Day last year the country launched a massive HIV counselling and testing campaign. It has revised its protocols for treatment to ensure greater access to antiretrovirals (ARVs) for people with HIV and earlier interventions for pregnant women, children and people with tuberculosis (TB).

“Other countries are aware that there has been a change of policy. The organisers invited us because they want to hear about it at the political level from the deputy president and on a technical level from the health minister and to assess for themselves what they’ve read and heard.” But the conference is about more than just public relations. Fundraising is also on the agenda.

“People don’t give money where they’ve got doubts about what we’re doing. We are the biggest consumers of ARVs and we need help. Before they offer that help, people need to view us positively. We can’t fight this pandemic alone,” he said.

In addition to lobbying for funding for South Africa, Motsoaledi said he is also looking to encouraging donor countries to honour their commitments to HIV funding in the developing world. “There is a concern that donor countries are likely to cut funding. South Africa is one of the countries that has been asked to encourage donors not to stop [funding]. We’ve just started the battle, if they stop now it will just become worse. That is one of the messages we will be sending,” said Motsoaledi.

Activists say this is a landmark year for the HIV response. The Global Fund for Aids, Tuberculosis and Malaria has entered a new round of fundraising for its programmes and is hoping to galvanise support in the face of the economic downturn.

The Global Fund has said it needs to raise between $17-billion and $20-billion to continue expanding its programmes. It currently contributes a quarter of all Aids funding.

Questions have been raised about South Africa’s ability to sustain treatment programmes set up with donor funding, but Motsoaledi maintains the department is putting together “clear plans” on how to ensure these programmes don’t fizzle out. He conceded that the health department is facing dual challenges of funding and accountability but said it is focusing on improving accountability for health spending at both national and provincial levels.

In addition to setting up a forum for the chief financial officers of provincial health departments, Motsoaledi has asked provincial health MECs to appoint a chief director of HIV in each province. “We want a focus person who’s job every day is to focus on prevention, treatment, logistics and setting up structures and so on. That is happening, it was never there before,” he said.

To overcome the Byzantine accounting practices of provincial health departments, Motsoaledi has asked the treasury for ringfenced funding for HIV. “I’m asking treasury for the budget for HIV/Aids to be a stand-alone programme in government. It must’t be hidden in other programmes because this is a major disease that the department is fighting. It must be in one programme and we must be able to follow it up directly and be able to see what is happening in each province,” he said.

In an attempt to use existing resources better Motsoaledi has also asked for an audit on the role of the country’s 60 000 community caregivers. In most cases these informal healthcare workers are paid by government but employed through NGOs to perform tasks such as directly observed treatment for TB, voluntary counselling and testing for HIV, or home-based care.

Motsoaledi said primary healthcare could be greatly improved if community caregivers worked more closely with the health department. “There are no more battles, there are no more arguments, we are all focused. We have achieved unity of purpose. Now we need to cut the rate of infection in the country,” he said.