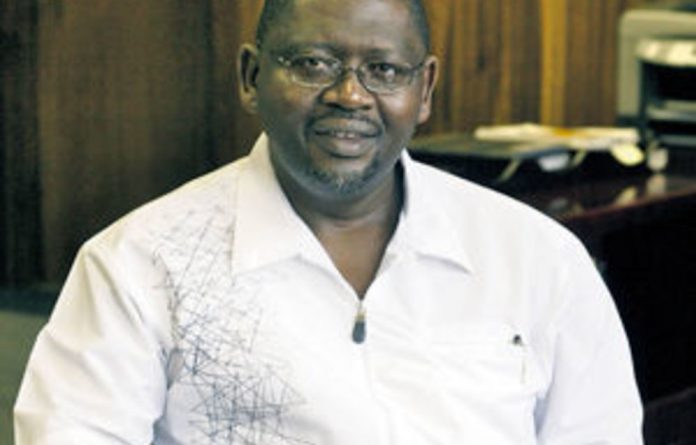 After a week of denials by the rural development and land reform department, Thozi Gwanya’s resignation as the department’s director general was confirmed late on Thursday.

A statement by Eddie Mohoebi, head of the department’s communications, said that Gwanya and the rural development and land reform minister, Gugile Nkwinti, had agreed to “re-determine” his contract, which was due to expire on July 31.

The statement said that Gwanya had decided to pursue a career in education, training and development, “an area very close to his heart”.

Reacting to a Business Day article, Mohoebi insisted earlier in the week that Gwanya had not quit, saying that “if the director general had tendered his resignation, apparently a month ago, common sense dictates that he should at least be the first to know about his own resignation as he would have written it himself”.

Despite Mohoebi’s denial, well-placed officials in the department confirmed that there was talk of a resignation, or attempted resignation, last week. Other sources close to Gwanya said he had not been entirely happy at the department in recent months.
His resignation was first claimed in a statement last Friday by Annette Steyn, Democratic Alliance spokesperson on land reform. Steyn said she had sent a text message to Gwanya two weeks ago to inquire about his resignation and that he had replied that “he cannot confirm” it.

“That was an interesting word play,” she said. She added that the silence of minister Nkwinti’s office on the matter was deafening.

In a statement last Friday Steyn said Gwanya had resigned following a report by auditor general Terence Nombembe. Mohoebi said that neither Nkwinti nor Gwanya are aware of what was described as a “damning report”.

Nombembe’s spokesperson, Africa Boso, said that the auditor general would not comment on any investigation or report before it was tabled in Parliament.

However, the auditor general is understood to have organised a meeting last week with Gwanya to discuss outstanding questions about R1,5-billion that the department could not account for in 2008. It is said that Gwanya did not attend the meeting, allegedly angering Nombembe’s team.

The rumours of Gwanya’s resignation coincided with another postponement of the controversial Green Paper on Land Reform to Cabinet clusters this week. Gwanya is understood to have been one of the paper’s main authors.

The green paper was due to be tabled in Parliament on Monday, after being held over since April. The department said it was fine-tuning certain aspects.

The department has remained tight-lipped about its contents, with Mohoebi saying that much work remains before it is finalised.
However, in a draft of the paper that has been leaked to the media, a ceiling on the amount of land that individuals and companies may own is called for.

It does not specify the threshold and it is understood that the amount under consideration could vary from region to region, as agricultural land in certain areas has greater value.

The draft is also understood to propose that foreigners may buy land only if they have South Africans as partners; that all unproductive state land should be leased out to increase production; and that the state should have the right of first refusal when property owners decide to sell land.

The draft has drawn considerable flak, amid fears that its more controversial clauses will drive away ­potential investors.
It is understood that some ANC MPs are among those concerned that it takes land reform too far.

Reacting, AgriSA’s Theo de Jager said the blame for land reform should be attributed to the “haotic” land department.

“It doesn’t matter what draconian laws the department imposes, if it doesn’t clean up its affairs first, no policy will be enforceable,” he said.

No new date had been announced for the tabling of the paper.