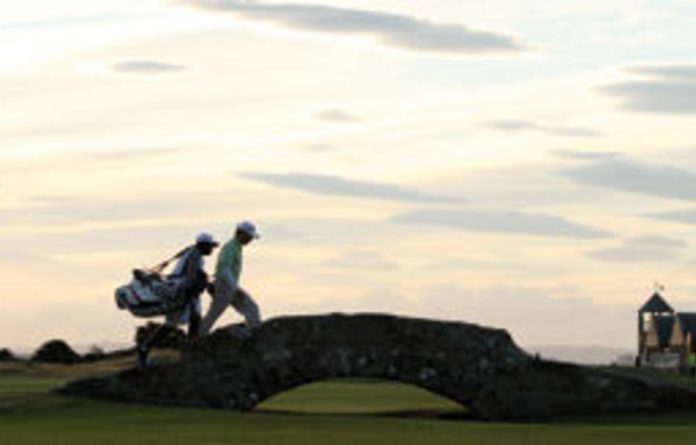 It was lunchtime in the press room on a hot day at Houghton in January 2003. A slightly built fellow hiding under a large golf cap came shuffling into the interview area. The 20-year-old Louis Oosthuizen was in his second season on the Sunshine Tour. He had just shot 66 after an early start and we brought him in for a few quotes just in case he finished the day in the lead. He didn’t and the next day he went out and shot 75. End of story.

After his press conference was over I asked him whether it was true that he had recently shot 57 at Mossel Bay. He admitted that it was and journalists who had stood up to find lunch suddenly turned on their heels and gathered to hear the incredible story.

Oosthuizen’s playing partners that day were Wynand Stander, who now caddies for Charl Schwartzel, and Ronnie Lourens. Stander was waiting at the 18th green at St Andrews on Sunday as Oosthuizen sealed his seven-shot victory in the world’s oldest major. Lourens was watching back home in Mossel Bay, with tears in his eyes.

He told the Mail & Guardian: “I spoke to Wynand on Friday night and said, ‘The way he’s playing they’ll never catch him’.” And he was right.

Lourens grew up alongside Oosthuizen. He plays off scratch today, but in December 2002 he was a plus two. It didn’t help.

“The day of the 57 we played 50c skins and I was three-under par after 18 holes, but I had to pay Louis R21. On the front nine he had nine putts. It could have been eight, but he left one a centimetre from the hole, right in the throat. He was in trouble only twice in the round. On the second, a par five, he blocked it right off the tee into the bush, but when we got there his ball had finished on a service road, so he had a shot. He hit it on the green and made a two-putt birdie.

“Then at the 14th he hooked his drive left into the bushes. I said: ‘You’re not going to look for that, are you?’ But we went down and found it, wedged in a bush about a foot off the ground. Then he hit a great shot on to the green and lipped out for birdie.

“The previous hole he drove the green of a par four and hit his only poor putt of the round. He could have made eagle there, but had to settle for birdie. Then he chipped in at the 17th for eagle and rolled in a 20 footer at the last for birdie. I’ll never forget, in the bar afterwards, I asked him whether he thought he could go lower than a 57 and he looked me straight in the eye and said, ‘Yes’.”

What you see is what you get — that’s the resounding sentiment of those who know the new British Open champion. The nervous smile to the cameras as he walked up the 18th fairway at the home of golf spoke volumes. He knew he could play and his friends knew he could play — it seemed like the only ones who didn’t know were the BBC commentators who waited in vain for three days for Oosthuizen to fall apart.

Another early golf partner was Staffie Barnard, who played inter-provincial golf with Oosthuizen in his amateur days. “We were playing for SA Country Districts at Langebaan in the Cape and on the first morning Louis went to the bathroom to cut some plasters to put around his fingers. Being a farmer’s boy he had his seriously sharp biltong knife with him. It slipped and he cut himself deeply just under his left thumb.

“So he went off to the doctor and had four stitches and I thought we would have to call for a replacement. But he said: ‘Don’t worry, I’ll play one-handed.’ He played the last five holes of his first round in two-under par, we played foursomes together and won that, he won three of his four singles and lost the last on the final hole.”

To those who know him, Oosthuizen’s talent has never been in doubt. The Ernie Els Foundation, based in nearby George, nurtured him for three years and once he turned pro it was only a matter of time. The only surprising thing was the long hiatus between earning a place on the European Tour and his first win at this year’s Andalucian Open.

The success of his friend Schwartzel seems to have galvanised him for greater things. Lourens said: “Louis is a bit like Herschelle Gibbs — he has so much talent he gets bored. But since Charl has started playing so well he’s had a mind-shift. It hasn’t affected his personality, though. Apparently they had a huge party on Sunday night and it was the same old Louis. I guess when you grow up on a farm there’s no time to be windgat.”