Panic attacks can be treated 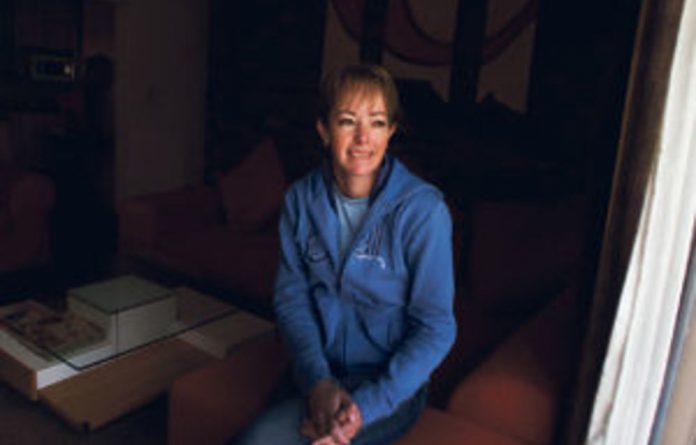 Angela Oglesby’s panic attacks started during her matric year after she had fainted at school.

As time went by, she started having the attacks more frequently. She would get sweaty palms, heart palpitations, nausea and dizziness, coupled with the overwhelming fear that something awful was about to happen.

“My mum put me through every medical test she could think of. They all came back negative. At one stage they thought I was bulimic,” she said. She was finally diagnosed by accident, when her mother came across a check list for panic disorder symptoms in a magazine. Oglesby had every one.

Afterwards, she began to go to a support group for depression and anxiety, but did not find this helpful — she was not depressed. She also saw a GP, who suggested a mild sedative. This helped but did not end the panic attacks.

“I’d be fine for two or three months, then I’d have a panic attack every single day,” she said. As time went by, her fear began to impinge on more of her life. She began to avoid social situations. Parties, restaurants, movies and dinners became off limits.

Eventually Oglesby, a travel agent, could no longer bear the thought of getting on to a plane for fear of having an attack in the air and the condition began to affect her love life. “I met somebody and all he wanted to do was take me out for supper or away on holidays and I just couldn’t do it. So we broke up. I went to see a psychologist,” she said.

Colinda Linde turned out to be one of the few practitioners of cognitive behavioural therapy (CBT) in South Africa. It is considered by many to be the gold standard for treating many anxiety disorders, including panic disorder.

“Panic is a learned fear of internal sensations,” said Linde. “None of us was scared of spiders or the dark when we were born; we learned these fears along the way. Panic disorder is the same; it’s learned, which means it can be unlearned.” CBT is sometimes used instead of medication and sometimes in combination with drugs.

It involves education on what causes panic attacks, helping the patient to re-evaluate the perceived threat of the attack and desensitising them to the physical sensations. Later, under the guidance of the therapist, the patient will take gradual steps towards confronting his or her fears.

One of the exercises Oglesby was asked to do involved dressing up in layers of clothing and running on the spot. This would induce sensations similar to those of panic attacks, including sweatiness, breathlessness and a racing heart.

“Then you ask yourself, ‘How bad can it get?’ because you know you’re in a safe environment,” Oglesby said. “Slowly, you start to realise that the physical sensations you’re having are not life-threatening.”

After six sessions of CBT, Oglesby booked a flight to Port Elizabeth earlier this year and managed to go on holiday. But her struggle wi th panic disorder isn’t over yet. “I still get the symptoms but as quick as it comes, it goes,” she said. She’s also learned to use techniques such as her stay calm when she experiences the symptoms.

Panic disorder affects about 1.5% of the population. Although the diagnosis is fairly easy, the condition often slips under the radar. “Once medical causes [for the symptoms] are ruled out, it’s not hard to misdiagnose,” said clinical psychologist Bradley Drake.

“What’s more concerning is what’s done about it. Far too often people are given the message that there’s nothing wrong with them. They’re given a vague explanation, such as ‘it’s stress’, and then given tranquillisers or antidepressants”

Not everyone who suffers from the disorder has access to therapy. “A lot of people with panic attacks don’t go to a psychologist — they see a doctor,” said clinical psychologist Esther Price, who runs the Emthonjeni community psychology clinic, affiliated to Wits University.

The first South African stress and health study, conducted between 2002 and 2004, found that only 15% of South Africans with mental health disorders receive treatment, mostly from a GP. There is a shortage of trainedabdominal breathing to help psychologists and psychiatrists in South Africa and language further complicates matters.

“One of the struggles is training people who speak indigenous languages,” said Price. “It would be good to have more CBT practitioners,” she said. One of its advantages was that it could shorten the amount of time many people spent in therapy. Many cases could be resolved in just eight to 12 sessions.

“But CBT is not necessarily the best route for everyone,” she said. “If there has been a traumatic loss or there is another anxiety disorder, the person may need other types of therapy as well.” Other than a few workshops, there are no training opportunities for CBT in the country. But this could change.

Linde and her colleagues are setting up a Section 21 company that will offer healthcare workers training. The organisation, to be named the Centre for Anxiety and Related Disorders South Africa (Cardsa), also aims to do research on anxiety disorders and provide education to psychologists and GPs. “Hopefully it will be in place by the third quarter of the year,” she said.