The times they are a-changin’ 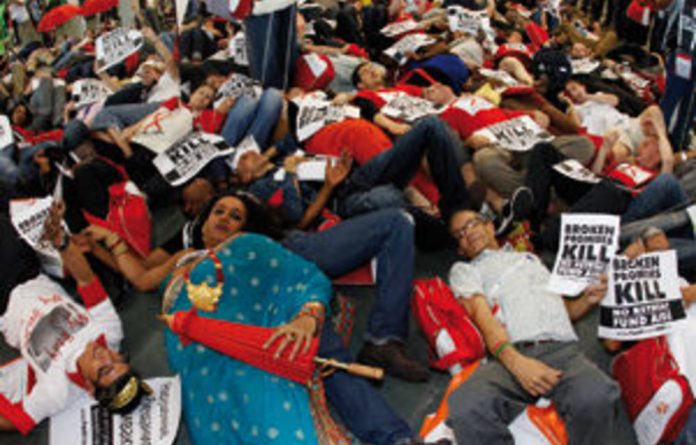 Politics, activism and science came together for South Africa at this year’s International Aids Conference, ushering in a new era in the fight against Aids. “We are seeing a huge repositioning of South African leadership in the debate here,” said UNAids executive director Michel Sidibé.

Conference leaders literally embraced Deputy President Kgalema Motlanthe and Health Minister Aaron Motsoaledi. Delegates gave both men standing ovations and audiences broke into applause when the country was even so much as mentioned in speeches. It was not uncommon to hear the occasional vuvuzela blast ringing through the halls of Vienna’s Reed Messe Centre, which played host to 25 000 delegates.

Julio Montaner, president of the International Aids Society, said he was “delighted” with South Africa’s presence at the event, which showed the country was trying to make a commitment to the cause. Sidibé praised the country for engaging on critical issues, such as access to care for marginalised groups like prisoners and sex workers.

In what became the highlight of the conference, the scientific team from the Centre for the Aids Programme of Research in South Africa (Caprisa) was lauded for its breakthrough in developing an HIV-preventing microbicide gel. They received three standing ovations when they presented their research, something never seen before at the conference.

Seated alongside the Caprisa team were the health minister and KwaZulu-Natal Premier Zweli Mkhize. This was a far cry from events 10 years ago, when former health minister Manto Tshabalala-Msimang lambasted the study’s principal investigator, Salim Abdool Karim, for his promotion of antiretroviral drugs.

Steven Lewis, the former UN special envoy for Aids in Africa, who, four years ago, called South Africa’s approach to rolling out treatment for Aids “obtuse, dilatory and negligent”, told the Mail & Guardian this week that he is “exhilarated” by the country’s new approach to the disease. “They [the government] are repudiating a decade of denialism and lunacy. That is not easy.

The fact they have done that in a relatively short period of time gives me hope,” said Lewis. “It’s almost beyond belief that there has been such a profound and decisive change and it’s all going in the right direction.” Lewis warned it would be difficult for the state to achieve its aim of testing 15-million people by next year, but said if the country could ‘pull it off” it would energise the entire continent.

“People in South Africa sometimes don’t realise the psychological and economic effect they have on the rest of the continent. It’s very powerful. If they make this transition — it will be of immense consequence for the continent as a whole,” he said.

Christophe Benn, the Global Fund’s director of external relations, said South Africa had played a critical role in shaping the paradigm of the global Aids response and would continue to do so in future. Benn said that already, by increasing domestic funding for healthcare, the country is helping donors like the Global Fund justify their continued support of Aids programmes in middle-income countries.

“It helps us to defend that and to mobilise resources. It demonstrates that it’s not just taxpayers in rich countries that have that responsibility,” he said. Activists were also energised by the state’s re-engagement with Aids issues, but warned that with policy and political will now in place it was time to see implementation.

“South Africa could set an additional example by making sure they see this through and deliver,” said activist Paula Akugizibwe of the Aids and Rights Alliance of South Africa. This, she said, would require not only more resources but also a greater focus on addressing the underlying social challenges, like poverty and discrimination, that blunt the Aids response.

Kurz becomes the country's shortest-serving chancellor, as well as the first in Austria's post-war history to be removed in a no-confidence vote
Read more
World

"Whizz-kid" is one of the monikers given to Austrian conservative Sebastian Kurz, who is set to become the world's youngest leader at just 31.
Read more
World

More than 18 000 delegates are descending on Durban, South Africa, for the International AIDS Conference from July 18.
Read more
Advertising