Unhinged and proud of it 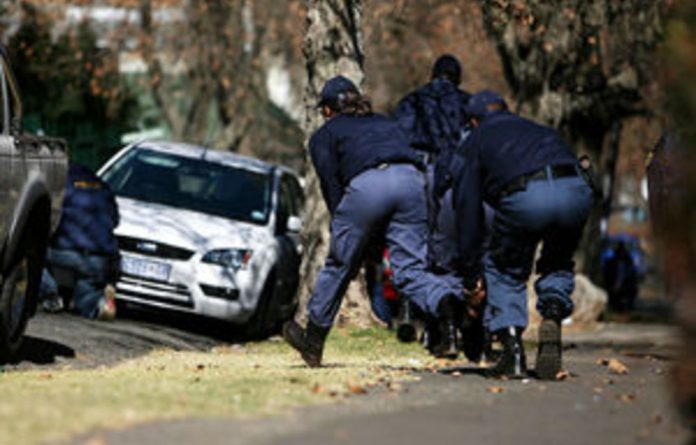 Adi Loveland is a colourful character — two parts creative, one part entrepreneur. He is an events organiser, a wedding DJ and now a first-time filmmaker.

A few years ago, after some of his business ideas (including a massive music festival) came to nothing, Loveland announced he was going to make a documentary about life in Johannesburg. “Sure you are, Adi,” I thought, and I don’t think I was the only one who doubted him.

But Loveland’s infectiously positive attitude won the day and the cult success of Unhinged: Surviving Johannesburg has proved it. It’s quirky, clever and inspiring — and you can buy it from www.survivingjoburg.com for a mere R50.

But making the film has not been without irony — the positive goal of producing the movie stemmed from negative headspace.
Loveland’s journey began after a near nervous breakdown.

“My mom was hijacked and then one of best friends was killed in a hijacking,” he said. “When all this happened I came crashing down. And I was, like, ‘I just don’t want to be here’.”

Sublimation
Through this, Loveland became interested in the concept of sublimation — the idea of taking negative energy and channelling it into something positive. This led him down the path of creative discovery that eventually led to the completion of his film.

“I kept myself busy. First I started drawing pictures,” he says. “Then I started putting dots on a canvas, one at a time. After a year there were about four-million dots. I started writing. I started doing sit-ups and I started playing guitar. I decided that I wouldn’t be harsh on myself if any one of these things didn’t work out.

“So I did about five sit-ups and played guitar for about three weeks. But the dots I continued with the whole year and my drawing got better. My writing did, too. Then I started doing pictures relating to Jo’burg and I remember underneath one of them I wrote out ‘Surviving Jo’burg’.”

Loveland says he remembers visiting Rosebank with a friend, Paul Farah, one of the film’s executive producers, and in a short period people tried to sell him a car wash, a Homeless Talk newspaper and other useless gimmicks. At that stage he thought: “Hey, let’s put money into going around for a week and saying yes to everyone who offers to sell us something in Jo’burg.” The idea was that Loveland and his collaborators “weren’t allowed to say no to anyone”.

“I’d saved up money from corporate eventing, about R80 000, and my friend had R40 000, so we thought: ‘Let’s do this thing properly and make a five-minute short film about saying yes to everyone in Jo’burg’.” This footage became the core around which the rest of Unhinged, now 52 minutes long, was built.

The rest of the film doesn’t shy away from the ugly, dangerous side of Jo’burg and Loveland mentions that an earlier 72-minute version of the film was even angrier than the version now out in the shops. The film is an attempt to pinpoint what makes the city so special that people are willing to make lives for themselves here despite the danger.

‘Not succumbing to fear’
In some way it’s an attempt to justify living here. All this is held together with the help of media luminaries such as Justice Malala and Ferial Haffajee, who are interviewed. Even Denis Beckett pops up out of the blue to deliver a message about not succumbing to fear.

“I don’t think it’s negative at all,” says Loveland. “It’s realistic. It’s just that we’re so scared that presenting Johannesburg as it really is would scare people away. It’s a place that hasn’t been spoken about a lot and it’s a bit of a mystery to the rest of the world, but I thought I had to focus on the things that define Johannesburg and make it what it is rather than talking about the art scene or filming the Nelson Mandela Bridge.”

And unlike Louis Theroux’s controversial doccie, Law and Disorder in Johannesburg, Loveland is not removed from his subject matter. The fact that he loves Jo’burg and doesn’t want to leave it comes across even in the film’s darkest moments.
Loveland mentions that his two artistic references were Stacey Peralter’s excellent documentary on big-wave surfing, Riding Giants, and the films of Michael Moore.

Of the former, he says: “My version of film school was the special feature on the Riding Giants DVD where he tells you how he made the movie.”

And the influence of Moore is easily evident in Loveland’s quirky narration and eagerness to spend as much time in front of the camera as behind it. Loveland is quick to defend the often maligned filmmaker: “Everyone says his stuff is too subjective or sentimental but, while it is a bit of both, he knows this and doesn’t try to present his work as anything else. He doesn’t compromise, which I respect.”

Perhaps we shouldn’t have doubted Loveland, but it mostly stemmed from the fact that he had never dabbled in filmmaking before. I ask if he’d ever had any training. “This was my training,” he replies.

And perhaps it’s this very Jo’burg idea of just doing stuff, even if the odds are against us, that is the reason we all stay in this mad city.

“I couldn’t have done this in London — I didn’t get permits to do a single thing in this movie. There’s a freedom to achieve things as long as you work hard, which stems from the mining-town mentality.”

Unhinged captures this freedom without shying away from the violence that threatens to destroy it. And, fortunately, as with any street-hardened product of Johannesburg, it has a sense of humour, too. Go out, find it, buy it and see for yourself.

Unhinged: Surviving Johannesburg is available at selected shops. For more go to www.unhingedmovie.com