Young Senegalese try to wrestle way out of poverty 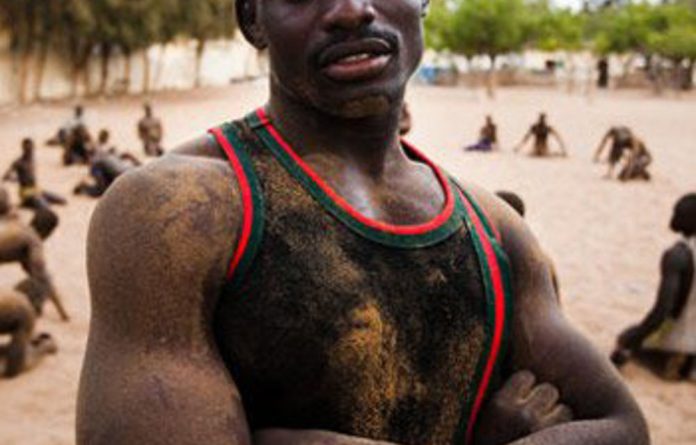 Fortune and fame may be just around the corner for Aliou Faye, who quit his job earlier this year to devote himself full time to becoming a champion wrestler. For now, though, he can only afford to eat meat twice a week.

“In two years, you won’t recognise me,” said Faye, who is trying to bulk up despite his meagre resources.

He is one of thousands of unemployed or underemployed men who flock to this West African country’s capital of Dakar to train in wrestling schools in the hopes of making it big. Those who succeed rake in tens of thousands of dollars every time they step in the ring.

But like others who dream of becoming rich and famous through professional sports, most young Senegalese won’t get anywhere near the top, where the cash prizes now reach $200 000 a fight.

Still, wrestling has become such big business over the past decade that even on the periphery of the biggest fights, there is money to be made in Senegal. Unemployment here hovers just below 50%, meaning that few young hopefuls are abandoning a life of modest but reliable salaries on some wild gambit.

For now, it’s only one of many gigs for Ba: He works as a night watchman a couple of nights a week and occasionally as a bodyguard for the mayor or a plumber at the national water utility. But of these, he sees wrestling as his best shot at a career, even if he hasn’t seen a windfall yet.

Today’s wrestlers still don loincloths to fight in sand-filled arenas every Saturday and Sunday night. The evenings begin with drummers pounding out a beat as the athletes crouch low and perform a stomping dance to intimidate their opponents. Competitors still rely on potions mixed by religious leaders to protect them from the evil eye.

Throughout, though, the performance is coloured by the business it has become. The men who dance with the athlete wear black tracksuits plastered with Orange’s square logo. Reporters and cameramen swarm big-name wrestlers who show up to the watch the fight. Two who have a match coming up gamely trash talk each other for the cameras, building excitement for the broadcast.

Even at the margins, wrestling pays. A first-time wrestler can earn in a night four times the average weekly salary of $20. The prize money starts to climb after about four wins.

Of course, wrestling also requires an investment. Gym time costs money, and so do the potions mixed by marabouts, or religious leaders, that many wrestlers put their faith in.

It can also take years before a wrestler attracts the attention of the promoters who arrange fights. In the end, about 30% of the 400 000 licensed wrestlers are able to make their living from the sport alone, according to Abdou Badji, a senior official with the body that regulates wrestling.

But young men don’t see that kind of promise anywhere else.

Fame and riches
Faye quit a job selling toiletries in a small shop. He now scrapes by on money from his family and the modest winnings he’s already beginning to see. He’s perplexed by the idea that his future may have been more secure if he’d stayed a salesman.

“I want to be famous and make money,” he said a few times. And if he doesn’t? “I don’t ever think negative thoughts,” said the 20-something who fights under the name Katy 2.

Ba has spent five years training and has competed in just four fights. When asked why he continues to hope for a big break, he shrugs and gestures to the building where he works as a night watchman twice a week.

“In wrestling what they pay you, these guys here they won’t pay you that. Could you ever in the future buy a house with that?” asked Ba, who is known as Rouks in the ring.

He says if he could get a full-time contract at the national water utility, where he pulls occasional shifts, he would abandon wrestling. But he doesn’t know how to secure that kind of job.

“Almost every bum is in wrestling, all these bums who are making 50-million ($100 000),” Ba said with a bit of exasperation and a note of confidence. “Wrestling is the way out for people who have nothing.” – Sapa-AP

The singer was a political activist, using his music to advocate for the rights of the Oromo
Read more
Advertising
Continue to the category
Coronavirus