Love Parade death toll up to 19, probe under way 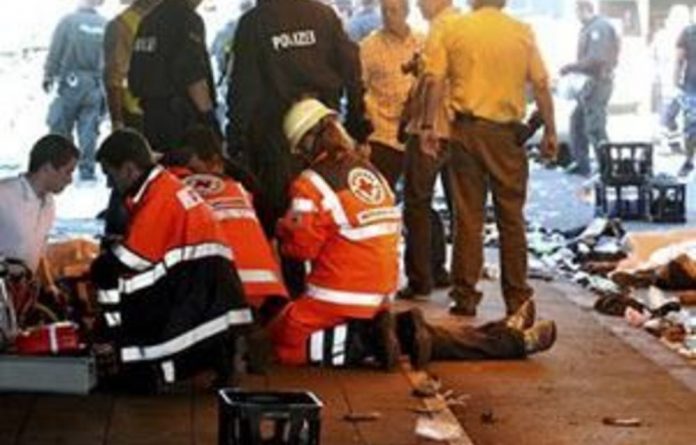 The death toll from a stampede at a Love Parade techno music festival in Germany rose to 19 on Sunday and police pursued an investigation into how the mass panic occurred.

Investigators and organisers scheduled a news conference for 10am GMT on their findings so far regarding Saturday’s incident in an entrance tunnel to a former rail station in the west German city of Duisburg where the event was held.

“We are currently working with the organisers and collecting evidence in hopes of reconstructing the events, but it will be labour- and time-intensive,” police spokesperson Christoph Gilles said by telephone on Sunday.

The festival drew about 1,4-million people from all over Europe, most in the 18-26 age bracket.

Police in the Ruhr industrial city said another festival-goer felled in the stampede died overnight, raising the toll to 19, with 342 people injured.

Duisburg police tried to close the tunnel entrance about a half an hour before the chaos broke out in the late afternoon on Saturday, but panic ensued nonetheless.

“Apparently some tried to enter the area by climbing a fence along a ramp and then fell,” the head of an emergency task force, Wolfgang Rabe, told ARD television late on Saturday.

“It is still a presumption at the moment, but this could have caused a panic,” he added.

The festival was not immediately cancelled because authorities feared an abrupt halt could spark a second panic.

Music blared out after the stampede and people danced on, unaware of the unfolding tragedy nearby. Organisers finally called the event off in late evening hours after the deaths.