From Canadian electronica to roots rock, we review this week’s latest releases.

It’s been 11 years since pioneering indie outfit Pavement disbanded. In that time guitarist Scott Kannberg has released only two albums under the moniker Preston School of Industry. With The Real Feel he returns to his long-running nom-du-rock, Spiral Stairs, a name he hasn’t used since his Pavement days. The return to his previous moniker appears fitting because Pavement has recently reunited for a tour after years of speculation. While Pavement fans rejoiced, The Real Feel slipped on to shelves without much fanfare — a pity, because it is a really rewarding rock album. Firmly rooted in roots rock, it draws heavily from the country and blues genres, filtered through an indie-rock aesthetic. The opener, True Love, comes crashing out the gates all fired up on guitar adrenaline, like the Rolling Stones via Wilco. Call the Ceasfire will appeal to local fans of Jim Neversink’s self-titled debut and Subiaco Shuffle is a blues-riff monster where Kannberg’s vocal delivery reminds me of The Fall’s Mark E Smith. Mixed and partly recorded by the Posies’ John Auer, The Real Feel is a solid offering that will probably get lost in the furore around the Pavement reunion, but it’s well worth a listen. — Lloyd Gedye 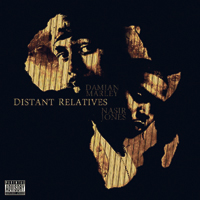 With the world’s spotlight on Africa, it made sense for conscious artists such as Jnr Gong and Nas to pen down their honest thoughts about the continent. In their latest release, Distant Relatives, Nas and Damian Marley tackle thorny subjects such as Africa’s leaders, despair and tribes at war. The lyrics are frank and address issues African leaders often find too difficult to discuss with one another. Take the last track, Africa Must Wake Up, featuring K’naan, for example. The chorus goes: “Africa must wake up / The sleeping sons of Jacob / For what tomorrow may bring … / May a better day come / Yesterday we were kings / Can you tell me, young ones / Who are we today? / Yeah now …” During the recording process Nas was going through a divorce and experienced the birth of his first son. His lyrics are loaded at times with references to these periods in his life, but in true Nas style he relays his experiences in a manner that allows others to relate. Damian, who sings throughout most of the album, leaves you with goose bumps, as his voice reminds you of his father’s, the great Bob Marley. — Karabo Keepile 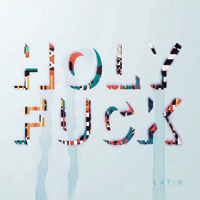 Opening with a four-minute slab of white noise is an intriguing way to start an album, but when it segues into the catchy-as-hell electro-disco of Red Lights, which would have LCD Soundsystem’s James Murphy jumping with joy, one can forgive almost anything. Latin is Canadian electronic outfit Holy Fuck’s third album and fans of Murphy’s DFA label’s output should lap it up. It is their most accessible album so far, but that should not be read as a step towards commerciality — do I need to mention the white noise again. Album highlights include the propellant math-rock of Silva & Grimes, the electro-punk aggression of SHT MTN and the psychedelic tribal throwdown that is Stilettos. Latin is a shit-kicking album of the highest order and if you are looking for something to soundtrack a house party and terrify your neighbours, this will have the dance floor heaving until the early hours with just the right combination of killer beats, funky bass and distortion-dripping synths. — LG 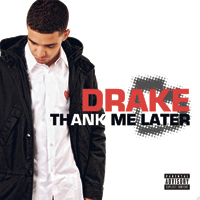 The hip-hop fraternity will agree that the man of the moment is 23-year-old Canadian rapper Drake. Thanks to the hype that surrounded the rapper before the release of his album, all ears were patiently waiting to hear what he had to offer. Finally, after much delay and anticipation, his debut album, Thank Me Later, was released in June. It debuted at number one on the US Billboard 200 Chart, selling 447 000 copies in the United States in its first week. Although the hype might have had everything to do with the album selling so well, the emotionally transparent rapper needs to be given some credit for his bravery. In the album the actor-turned-rapper exposes his personal issues with fame, pointing out its downsides in most of his tracks. But although it’s great to see Drake’s introspective side, he slightly overdoes it. The moaning and heartache eventually gets tiring — he actually wants you to feel sorry for him for making it so big. — KK

Elaine is in her element