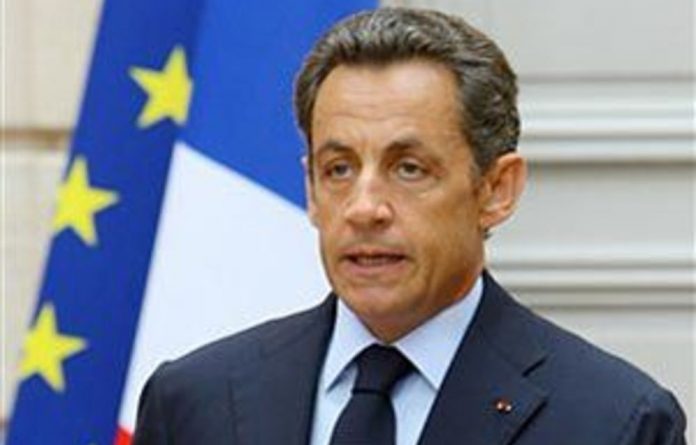 President Nicolas Sarkozy vowed on Monday that France would avenge the murder of a 78-year-old French aid worker who was kidnapped and killed in the Sahara desert by al-Qaeda’s North African wing.

“I condemn this barbarous act, this odious act which has put an end to the life of an innocent man who was there to help the local population,” he said in a terse televised address.

Sarkozy spoke after al-Qaeda in the Islamic Maghreb (Aqim) declared it had killed the hostage, Michel Germaneau, in revenge after French and Mauritanian soldiers stormed one of the group’s camps in Mali and killed six militants.

“We demand instantly of our countrymen that they abandon absolutely all travel in the Sahel zone,” he said, adding that the same Aqim cell had previously killed a British hostage and was planning attacks.

“Far from weakening our determination, this death has reinforced it.”

In Mali, a local elected official told Agence France-Presse that Germaneau had been beheaded after the raid in the presence of Abdelhamid Abou Zeid, the leader of the AQIM cell that has been blamed for killing the Briton in 2009.

“He was still alive when the raid took place, but hidden in a mountainous region in Kidal, near the Algerian border,” the local official said, speaking on condition of anonymity.

“The area is an impregnable fortress, where Islamists have planted mines and constructed bomb shelters,” he said.

‘Refused discussion’
There was no immediate way to confirm this report and Sarkozy did not say how he knew the hostage was dead.

But a Defence Ministry official said the French government had confirmed that the claim of Germaneau’s killing was an authentic message from the group.

“We never had any specific claims” from them, Morin said on France Inter radio. “They even refused any discussion aimed at getting him the medicines he needed for his heart problems.”

Sarkozy said he had asked Prime Minister Francois Fillon to meet senior lawmakers to brief them on France’s plans.

Foreign Minister Bernard Kouchner was sent to West Africa to tour the capitals of France’s former colonies there to study security measures to protect French expatriates from further reprisals.

Sarkozy confirmed French soldiers had taken part in last Thursday’s deadly raid into Mali, in which Mauritanian and French forces killed at least six al-Qaeda militants but failed to find any trace of Germaneau.

He was speaking after an emergency meeting at the Elysee Palace in Paris between Sarkozy, Fillon, key ministers, military top brass and the heads of France’s domestic and foreign intelligence.

Condemnation
The African Union and Madrid, which has two Spanish nationals held in Mali by a different Aqim cell, condemned the killing.

“Nothing could justify the execution of a hostage,” said AU peace and security commissioner Ramtane Lamamra, while the Spanish Foreign Ministry sent “solidarity and support to the French government in the face of this brutal crime”.

Madrid said it would continue its efforts to free Spanish aid workers Albert Vilalta (35) and 50-year-old Roque Pascual, who were kidnapped eight months ago and are reportedly “well”.

Aqim took responsibility for the killing in an audio message broadcast by the Arab satellite TV network al-Jazeera at the weekend.

“We executed the French hostage, Michel Germaneau, on Saturday July 24 2010, to avenge the killing of our six brothers in the cowardly French raid,” Aqim chief Abu Musab Abdul Wadud said.

“Sarkozy failed to free his compatriot in this operation but he has without any doubt opened for his people and for his country one of the gates of hell.”

Some French officials have questioned details of the claim, indicating privately that the hostage might have been killed several weeks ago.

He was seized on April 19 in Niger where he had been building a school. On May 14 his abductors issued a photo of an exhausted-looking hostage and a taped message in which he appealed to Sarkozy to work for his release. — AFP