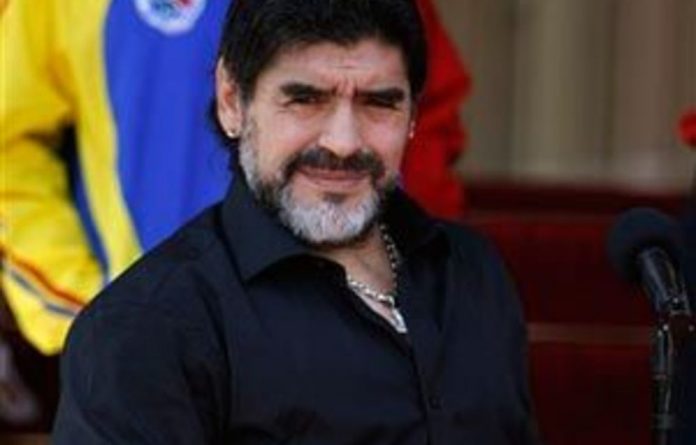 Diego Maradona’s stormy spell as Argentina coach came to an end on Tuesday when the Argentine Football Association (AFA) voted unanimously not to renew his contract.

Maradona’s future had been in doubt since Argentina’s 4-0 thrashing by Germany in the Soccer World Cup quarterfinals in South Africa this month, less than two years since his headline-grabbing appointment.

“There needed to be some changes among Diego’s staff … and we couldn’t come to an agreement,” AFA chief Julio Grondona told reporters. “No one’s being kicked out, a contract hasn’t been renewed because we didn’t have the conditions to do so.”

An AFA spokesperson cited “unbridgeable differences” with the flamboyant Maradona, who led Argentina to World Cup victory as captain in 1986 and is adored by many Argentines.

The team’s earlier-than-expected exit from the tournament followed a shaky qualifying campaign, but the former player was still given a hero’s welcome when the squad returned home and President Cristina Fernandez urged him to stay on.

Several dozen fans, some banging drums and chanting, gathered outside the AFA’s headquarters after Tuesday’s announcement.

Speculation had mounted ahead of the meeting that Maradona would not stay on as coach — a position he had held since November 2008 — because of the disagreement over his coaching staff.

Maradona (49) said on Sunday he wanted to stay on, but only if he could keep control over the choice of his assistants.

Remarkable personal achievement
Maradona was widely seen as one of the world’s best players in his 1980s’ heyday, but he battled drug addiction, obesity and alcoholism for years after retiring from the game in the 1990s.

That made his comeback as national team coach an even more remarkable personal achievement, especially because he had very little experience as a manager.

He had a patchy tenure as coach of Argentina, however, even though the team’s convincing wins in their opening World Cup games propelled them into the list of favourites.

Maradona’s exit means Argentina need to find a new coach for the Copa America regional tournament next year, but Grondona said there was plenty of time to recruit a new training staff.

Local media said former Boca Juniors coach Carlos Bianchi, who led the Buenos Aires club to a string of national and continental titles in two stints between 1998 and 2004, was a popular favourite.

Grondona said youth team coach Sergio Batista, Maradona’s former 1986 teammate, was the logical choice as caretaker coach and he will lead the team for a friendly against Ireland in Dublin August 11. — Reuters