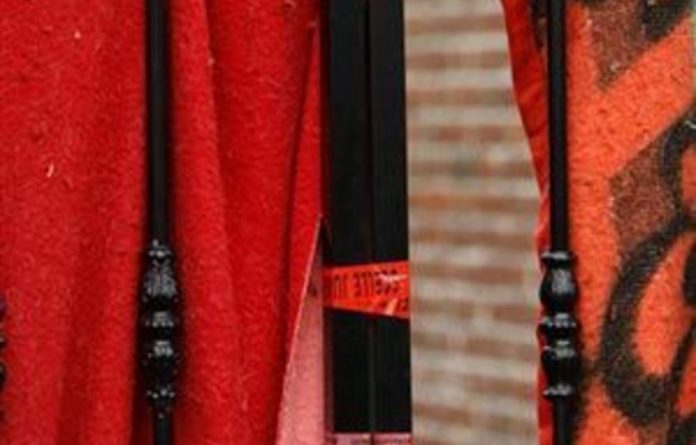 Dominique Cottrez, a nursing assistant in her 40s, was charged with the murder of the babies and her husband, Pierre-Marie Cottrez, with failure to report a crime and illegally hiding corpses.

The mother admitted suffocating the infants and insisted her husband knew nothing about the pregnancies or the killings, according to an official close to the investigations. She faces life imprisonment.

Her husband denied any knowledge of the deaths, the official said.

Stunned residents of the pair’s quiet village of Villers-au-Tertre, in northern France, put flowers and candles outside the two houses where police had found the skeletal remains over the previous few days.

Prosecutors described it as the worst case of infanticide in recent French history, following a string of similar cases in which isolated and troubled mothers disposed of their newborns.

The suspects were brought before a magistrate in the nearby town of Douai to hear the charges. They were remanded in custody and prosecutors promised to hold a news conference to explain the charges.

‘He’s a respectable man’
Pierre-Marie Cottrez worked as a carpenter and was a respected member of the council in Villers-au-Tertre, a 620-strong community.

“He’s on his third term in office. He used to volunteer in the community. He’s a respectable man,” local mayor Patrick Mercier told reporters.

Mercier said the councillor’s wife was a more withdrawn person who rarely took part in village life. He said she had a weight problem, which might be the reason why any pregnancies had passed unnoticed.

“No one was aware of anything at all,” said the shocked mayor.

The pair were arrested on Tuesday and questioned all day on Wednesday while police used sniffer dogs to search two addresses after the new owners of a home found the bones of two infants while digging in their garden.

The house previously belonged to the parents of the arrested woman.

Search teams then headed on to the couple’s current home in another part of the village, where six more sets of remains were found, a local councillor told reporters.

‘I’m still in shock’
Gendarmes were deployed outside one of the houses where the babies’ bodies were found, and sealed off the entrance to the macabre scene with plastic sheeting.

“I’m very upset. I baptise five children every Sunday in the 17 villages of the parish. You don’t just throw children out like that in a big bag. It’s incomprehensible,” he said.

“I’m still in shock,” said a former mayor of Villers-au-Tertre, Daniel Collignon, describing the village as a very calm and rural place.

Neighbours reacted with astonishment. “They are normal people, who even have a role in the community,” said one. “It’s incredible.”

Another neighbour, a man in his 50s, added: “These are attractive, helpful, polite and courteous people, who did nothing to make you think them capable of anything abnormal.

The couple had lived in the village for 15 years and had two grown-up daughters who have children themselves, local residents said.

Earlier this year a mother was convicted of killing six of her newborn children and hiding them in the cellar of her house in north-western France.

Another notorious recent case was Veronique Courjault, who in June 2009 was jailed for eight years by a court in Tours, central France. She admitted to having smothered two baby boys born in secret at her expatriate home in South Korea in 2002 and 2003, and a third child born in France in 1999, and hidden them in a freezer.

She was freed in May 2010, having served four years in jail after the time she spent in remand since her arrest. — AFP