A midlife crisis for Africa 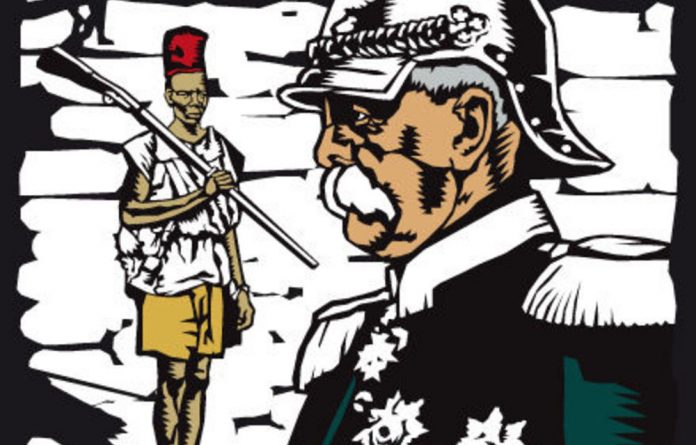 During the annus mirabilis of 1960 17 independent African states were born, creating great expectations for the rebirth of a continent. Unfortunately, while these countries celebrate their 50th birthday this year, Africa seems to be suffering a severe midlife crisis. The continent remains the world’s poorest and most conflict-ridden, with about 70% of its 800-million people living below the poverty line and less than 2% of world trade crossing its borders.

Contemporary Africa still suffers from a curse invoked in one of Europe’s most cosmopolitan cities, Berlin. The 1884-85 Conference of Berlin, overseen by Germany’s “iron chancellor”, Otto von Bismarck, effectively set the rules for the partition of Africa as the “scramble” for the continent’s riches got under way. Europeans divided the continent into artificial nation states, in the process establishing a proliferation of unviable, dependent economies, imported political systems, weak and Balkanised countries and insecure borders.

This “original sin” caused untold suffering in the colonial and post-colonial eras. To compound the treachery, the travelling Cold War circus arrived in Africa in 1960, further distorting the continent’s political and economic development. In 50 years of independence, Africans have largely failed to reverse this blighted legacy amid profligate corruption and autocratic misrule.

As the Cold War was coming to an end in 1989, events in Berlin would once again have an enormous impact on Africa. The fall of the Berlin Wall marked the end of the division of Germany and Europe as well as the demise of communist rule in Eastern Europe.

But the Bismarckian curse remained to haunt Africa’s future. Conflicts, some resulting from the colonial legacy of Berlin, continued in Ethiopia and Eritrea, Nigeria and Cameroon. Other crises were caused by internal ruptures. Where Africa had once feared intervention during the Cold War, now, in the post-apartheid era, marginalisation had become a greater concern.

It became increasingly apparent that Africans had failed to overcome the colonial legacy. The continent’s economic and political systems were still tied to those bequeathed by imperial statesmen in Berlin. African leaders had also failed to create effective regional integration schemes to liberate their nations from the bondage of the old colonial boundaries.

To lift the curse woven by Bismarck’s geopolitical sorcery, Africa has been forced to pursue a quest for three “magic” kingdoms: security, hegemony and unity.

In the area of security African actors have sought greater autonomy within the international system to promote their interests. Such autonomy has been pursued through the African Union and subregional bodies such as the Southern African Development Community, as well as the New Partnership for Africa’s Development.

To break the chains of “global apartheid”, a stronger African voice has been sought within inequitable international institutions such as the United Nations, the World Bank, the International Monetary Fund and the World Trade Organisation.

Africa’s quest for security has been evident in post-Cold War efforts to improve the effectiveness of regional bodies and to establish new governance structures such as the African Peer Review Mechanism. But these institutions have mostly proved to be weak. The UN has thus had to play a leading security role, with 70% of its peacekeepers currently deployed in Africa.

The quest for the hegemonic kingdom by African actors such as South Africa and Nigeria — particularly under the respective presidencies of Thabo Mbeki and Olusegun Obasanjo between 1999 and 2008 — can also be understood as a search for more autonomy within the international system. The aim has been to establish what Kenyan scholar Ali Mazrui described as a Pax Africana in conflict zones, while increasing Africa’s leverage over the international economic system through initiatives such as Nepad.

These efforts have so far yielded only limited success. China’s increasing role on the continent may result in reduced dependence on Western powers. But it is far from certain that African governments will be able to craft a multilateral approach to engaging Beijing for mutual benefit. South Africa could also increasingly find itself in economic competition with the Asian giant, creating negative perceptions of both the springbok and the dragon.

Africa’s quest for the final kingdom — unity — has seen several of its leaders seeking to promote regional integration and build global alliances. But, as with many other continental efforts, a lack of capacity and cooperation has often frustrated this quest. The AU should carefully examine whether there are lessons to be learned from the European Union, the world’s most successful supranational body. Africans must also continue to use their large diaspora in the United States to influence Washington’s policy towards their ancestral home, particularly given the historic election in 2008 of Barack Obama, an American president with African roots.

Further afield, the Afro-Asian coalition born at the Bandung Conference in 1955 has largely been frustrated in its efforts to shape global political and financial institutions in ways that could increase the autonomy of the Third World in dealing with powerful Western actors.

The past 50 years, however, have however, seen monumental changes in Africa: the death of the Organisation of African Unity and the birth of the AU in Durban in 2002; the liberation of South Africa, the continent’s richest and most industrialised country; the hegemonic peacekeeping role pursued by the Nigerian Gulliver in West Africa; the election of two Africans — Egypt’s pharaonic Boutros Boutros-Ghali and Ghana’s prophetic Kofi Annan — as UN secretaries general; and Afro-Asian cooperation that has seen China and other Asian countries investing, and keeping peace, in Africa in a bid to revive the legacy of Mahatma Gandhi that helped to liberate both continents.

In some ways Africa can look forward with hope to the next 50 years. Yet new geopolitical pressures are emerging that may delay the continent’s achievement of its quest for true liberation. China’s current building of railways and roads to secure Africa’s raw materials and minerals has followed a similar pattern to that established by European imperial powers more than a century ago (although with the important difference that Beijing is not setting up administrations and armies to control countries).

Present widespread concerns among Western and South African entrepreneurs that China could exclude their firms from these territories are reminiscent of the fears that drove Bismarck to call the Conference of Berlin in 1884.

Will the world’s contemporary “great powers” contemplate another economic partition of the continent, or can Africa’s leaders muster the political will and craft regional arrangements strong enough to forestall such a ghastly outcome?

The end of apartheid in South Africa and the election of the revered Nelson Mandela as its president in 1994 effectively marked the attainment of legendary Ghanaian leader Kwame Nkrumah’s famous call for Africa to seek first the political kingdom. But, tragically, all other things were not added unto it, and the search for the socioeconomic kingdom continues. Until that quest is complete, the curse of Berlin will continue to hold the continent in thrall.

Dr Adekeye Adebajo is executive director of the Centre for Conflict Resolution, Cape Town, and author of The Curse of Berlin: Africa after the Cold War, published by UKZN Press/Columbia University Press/Hurst