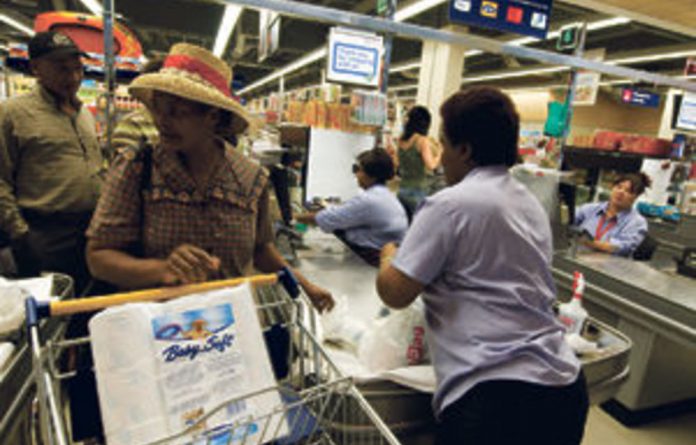 When Mandla Sibeko opened a Pick n Pay store in Kliptown, Soweto, in 2008, it was a defining moment for both Sibeko and the retailer.

Sibeko, a young law graduate with an existing track record in business, was the perfect candidate to take on one of the company’s defunct Score stores and open a Pick n Pay franchise — the second in the heart of South Africa’s most famous township.

The supermarket giant had embarked on a programme to convert its Score stores to Pick n Pay outlets and offer them to black entrepreneurs in a bid to grow its share of what the company termed “emerging markets”. But two years later Sibeko and his business partner, Desire Thomas, had lost the business because, Sibeko said, he did not have the energy to battle Pick n Pay any more.

The retail industry is a competitive, cut-throat business. Sibeko acknowledged this, but he said other stores — all Score conversions — had failed under similar circumstances. Pick n Pay denies these claims and says that, apart from a handful of franchisees who were not suited to the business, the programme has been a major success.

But Sibeko said that from the beginning Pick n Pay was not upfront with franchisees about the state of the Score stores. Sales were in deep decline, Score’s market share was shrinking and poor hygiene and disrepair was endemic.

Other franchisees who had similar difficulties with Pick n Pay did not want to go on the record, as they said they had been asked to sign confidentiality agreements. The company also denies this.

According to Sibeko, Kliptown Pick n Pay’s troubles began as soon as the store opened. As part of the deal, the partners had to invest a minimum of R600 000. The rest of the money to revamp the store and buy the first month’s stock could be loaned from the bank.

The franchisees, said Sibeko, were then told to market the store, while the refurbishments and conversions were taken care of by Pick n Pay and its contractors. Sibeko said that within a week of opening the store the fridges broke down, requiring a massive write-off of lost stock. That left the store in debt to Pick n Pay and with ongoing cash-flow difficulties, from which it never managed to extricate itself.

As part of the initial store outlay, corporate staff were sent in to order the first month’s stock on behalf of the franchisees. Sibeko said that these employees, who did not work for the franchise, ordered inappropriately for the Kliptown market. Expensive jams and oils, better suited to places like Sandton, filled the stores’ shelves.

In addition, a great deal of out-of-range, expired and damaged stock was ordered for the store’s opening. When these goods did not sell, it drove the store into deeper debt with Pick n Pay.

Sibeko said that attempts to convey these difficulties to the company’s emerging markets division went unheeded. But attempts were made to rescue the business. At the end of February Pick n Pay served Sibeko with court papers to take over the store.

At the 11th hour the parties came to an arrangement that Pick n Pay would co-manage the shop, sending in corporate staff, for a two-month review period. But, Sibeko said, the problems persisted and the support staff sent in continued with problematic practices, resulting in more waste and deeper debt.

Finally, in July, Pick n Pay served the Kliptown partners with an order to take over the store, which is now being run by new owners. Sibeko said they did not fight this because they wanted nothing more to do with Pick n Pay.

The other franchisees of former Score stores experienced similar problems. Equipment — from fridges and ovens to extractor fans — failed a few weeks after store openings, and goods ordered on their behalf, or goods they were expected to order, were wholly inappropriate for their customers.

“It’s terrible when you invest your life savings into something and you walk away with nothing,” one said. But Pick n Pay tells a very different story. Chris Reed, the franchise director, said in responses to questions that 90% of black franchisees who took on conversions were very successful, although he admitted that “some of the franchisees were not well suited to the role or the retail environment, and these things do happen”.

“Franchising is by no means easy and takes a lot of hard work. The franchisee is required to be there all the time, often working 18-hour days, seven days a week,” he said. According to Reed, 52 former Score stores were offered to franchisees and converted to Pick n Pay stores. Of these four had since been converted to Boxers — the stores in Pula, Hartswater, Taung and Lesedi.

“The stores traded across a very diverse income band and, on reflection, were better suited to Boxer,” he said. The conversion to Boxer was done with all the employees, “incurred no financial loss to the franchisee” and “removed any possible liability to the franchisee”.

Reed denied that the company was not upfront with franchisees when it came to selling them the old Score stores or that the store refurbishments were shoddily done. “Stores were offered for sale to franchisees as a going concern.

Franchisees then undertook their market research of the trading area to satisfy themselves that the present trading conditions could be improved with a change to the PnP brand,” said Reed. “Franchisees had a choice of whether they wanted new or refurbished equipment and included their choice in their presentations to the senior management.

“The existing Score stores were sold to the new franchisees at well below the market value of an existing supermarket so that, after refurbishment, the stores would be able to generate increased turnover and increase the franchisees’ investment.”

Reed said that when it came to stock “the franchisee business plan includes a stock purchase budget that is checked by the Pick n Pay accountants and used regularly during the opening period until a sales pattern can be established”. But, ultimately, he said, stock that the franchisee did not want for the store was returned to the company.

Finally, according to Reed, franchisees had to offer their store back to the company if they wanted to sell it, as per the franchise agreement.